The Little Church That Could

The D.I.Y. restoration of a historic local parish

The story of Saint Benedict Catholic Church is certainly worth a feature-length film. For one thing, it’s the type of small, tight-knit parish lovingly depicted in classic Christmas movies such as The Bells of St. Mary’s and The Bishop’s Wife, which yearn for simpler times. Plus, Saint Benedict’s has an added ingredient — a storybook origin.

The first Greensboro Mass was celebrated sometime around 1870. In those days, Catholic services were offered in the homes of practicing families who had moved to Greensboro. Seven of the families banded together to raise funds for a church. In 1877, Bishop James Gibbons of Richmond, Virginia — later Cardinal Gibbons — laid the cornerstone of Saint Agnes. The parish was under the care of traveling Benedictine monks from Belmont Abbey for 10 years until a resident pastor was assigned.

Then, in 1898 as they worked to gather funds for a new church building, an heiress-turned-nun-turned-saint came to the rescue with a key donation. She also imbued the parish with a spirit of inclusiveness.

Saint Katharine Drexel, a Pennsylvania heiress who had taken her vows, gave away millions to philanthropic causes, including her work in education and championing the rights of Native American and African American people.

She donated $1,500 to Saint Benedict — enough to build the church. However, she included an important stipulation: Pew space must be reserved for black Catholics, and so it was. With this declaration — more than 60 years before the famous sit-in at the Woolworth lunch counter just down the road — a glimmer of an integrated Greensboro could be found at the city’s first Catholic parish in a part of the nation locked in segregation.

That same year, the parish had bought a piece of land on the southwest corner of North Elm and Smith streets and started construction of the church that stands today, naming it Saint Benedict after the order of the faithful monks who had been serving the spiritual needs of the city’s first Catholics. (In 1899 the parish sold the original church building to the city, and it was turned into the city’s first high school — Greensboro Senior High School, later renamed Grimsley.)

Soon other Catholic ministries started to form. A parish school opened in 1926, merging 30 years later with the new St. Pius X Catholic School. Father Vincent Taylor, the fifth pastor of Saint Benedict, was instrumental in bringing to the city one of the directors of the Sisters of Charity, which eventually led to the opening of St. Leo’s Hospital in 1906. It served the Greensboro community for nearly 50 years, ran a top-rated nursing school, and was the first hospital in North Carolina to have telephones and steam heat in every room.

Along the way, around 1930, an unknown parishioner photographed the sanctuary of St. Benedict, which would prove to be a blessing 87 years later, as parish families once again banded together — this time to restore the church to its original splendor.   “The objective was to bring Saint Benedict back to its original look from 1898. In the 1960s, the altar was removed and the sanctuary transformed to a much simpler look. Now we’re going back,” says Father James Duc Duong, pastor of Saint Benedict since 2004. “We’re restoring sacredness and reverence. Often, people go to Mass for one hour, and they don’t feel anything. I wanted to change that.”

Starting on June 5 and completed in time for the Saturday Vigil Mass on September 16 and later, a rededication of the altar by Bishop Peter Joseph Jugis of the Roman Catholic Diocese of Charlotte, the $200,000 restoration of the church featured a renovated sanctuary, installation of tile floors, painting, new lighting and statues, including a refurbished 1921 Pietà sculpture found in the church basement. After the Vigil Mass, like any other evening, the church lights were left on a timer from sunset to 10 p.m., illuminating the striking beauty of the Gothic church through its large stained-glass windows. Yet unknown to the casual passerby, there was a difference that night. For the first time since the 1960s, the church’s interior once again paralleled its exterior splendor.

Just ask Bill McCutcheon. Upon entering the downtown church, he could hardly believe his eyes. “I purposely stayed away and didn’t look at it [the restoration] at all,” says McCutcheon. “I wanted to be surprised.” Reflecting on the project, the decades-long parishioner says, “It’s enough to reduce you to tears.”

He wasn’t the only one welling up at the sight of the restored sanctuary in the 1898 church.

Lynne McGrath, a parishioner of 18 years, recalls seeing multiple parishioners with tears of joy in their eyes. “It’s breathtaking and truly elevates what we’re doing,” she says. “The atmosphere now matches who we’re worshipping.”

Perhaps because something much deeper than a little movie magic was at work: The parishioners had restored the interior almost by themselves.

Using funds from a monthly collection for monthly church maintenance along with accumulated savings, the parish raised an additional $90,000. Because the pastor, church members and area contractors pitched in and helped with the restoration, they saved $100,000 based on the quotes for contracting out the entire project.

“To me, it’s special because we did it internally,” says parishioner and restoration project manager Tom Garcia, a custom homebuilder who appears regularly on WFMY News 2’s “Good Morning Show.” “We managed it ourselves. We didn’t just write a check,” says Garcia, also the CEO of Southern Evergreen. A true Renaissance man, Garcia has a degree in engineering and is a regular cantor at the church. Using those old photos from 1930, he and the rest of the restoration team achieved a remarkable re-creation of the church’s first sanctuary. He used his computer to get a better look at the details in the photos.

The zoom feature was particularly helpful in recreating the Miraculous Medal of the Immaculate Heart of Mary. Once again, it adorns the top of the niche to the left of the altar. The medal has a special meaning to the parish. For as long as anyone can remember, Saint Benedict churchgoers have prayed the Perpetual Novena in Honor of Our Lady of the Miraculous Medal.

Parishioner and graphic artist Bob Nutt painted the corpus of the large crucifix that hangs above the altar as well as the Pietà sculpture, the Virgin Mary holding the crucified Christ. Carpenter and parishioner Don Tredinnick crafted the base of the statue.

The Communion rail is the original, and the palms that sit in front of the altar are a nod to the ones in the 1930s photograph. Flanking the Italian-made tabernacle are sculptures of two cherubs, an idea of Father Duong’s.

Garcia and his team developed the overall look and design of the altarpieces in Greensboro with High Point’s Church Interiors. A millwork firm in Nebraska transformed them into shop drawings for the build-out. Once completed, all the parts were put on a moving truck and transported to Saint Benedict. The carpentry crew at the church did the final install of all the pieces, and local artist Gwen Ware touched up the wood that’s painted to look like marble and gold.

Ware and her husband, Dave, also painted stenciling in 3-foot increments around the church’s stained-glass windows — by hand. They carefully matched the paint with the colors in the windows using multiple layers and shades of blue and burgundy. “That’s why it really pops,” Garcia says. The extensive stenciling even encircles two stained glass, rose windows in the uppermost part of each transept. These windows were brought to the United States from Munich for exposition at the 1892 World’s Fair in Chicago and later given to the church.

The sanctuary also includes 100-year-old recovered chairs, plus a wooden lectern and cantor stand with intricate carvings of liturgical symbols such as the crown of thorns. The lectern was originally crafted in the shape of a hexagon with one side that opened. For a more modern walk-up design, the back was removed and fashioned into the cantor stand.

Bob Hunt, a parishioner who owns Illuminating Technologies, created a new lighting design, which includes energy-efficient LED lights. These lights are now in the pendant lamps and those on the refurbished ceiling, which was lightly sanded and returned to its original color and sheen.

To the right of the sanctuary stands the statue of Saint Benedict, the founder of Western Monasticism and patron saint of the church. In his research, Garcia found out the mold for the statue in the 1930s photo still exists, so the current one is nearly the same as the original.

“The new sanctuary brings such joy,”says parishioner Leslie Ann Brown. “The statue of Saint Benedict blows me away. It’s just so meaningful.”

On the other side of the sanctuary is a statue of Saint Katharine Drexel, who would no doubt be pleased to see how the diversity of the church’s congregation has grown over the course of 120 years. Today, the people of Saint Benedict hail from countries all over the world such as Nigeria, Togo, Croatia and the pastor’s native Vietnam — about 270 parish families in total. “We are small but tight!” Father Duong likes to point out. The church also serves parishioners from churches throughout the city by offering daily Mass at the lunch hour — which is well attended by Catholics who work downtown.

Though the major restoration work is complete, maintenance such as the repointing of bricks and electrical work continues. “Saint Benedict is a special parish, going all the way back to a nun who made it so all Catholics no matter their color could come to Mass. We have a beautiful history, and we wanted to have the altar and the rest of the church match that history,” Garcia says, getting a tad misty eyed. “We want to make sure Saint Benedict is here for another 120 years.”  OH

Annie Ferguson loves resplendent churches, most notably her own Our Lady of Grace Church, part of Greensboro’s vibrant Catholic community started by the pioneering parishioners of Saint Benedict and the faithful monks who served them. 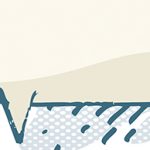 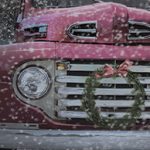