Whispers of the old Piedmont Hotel from brothel to brew pub 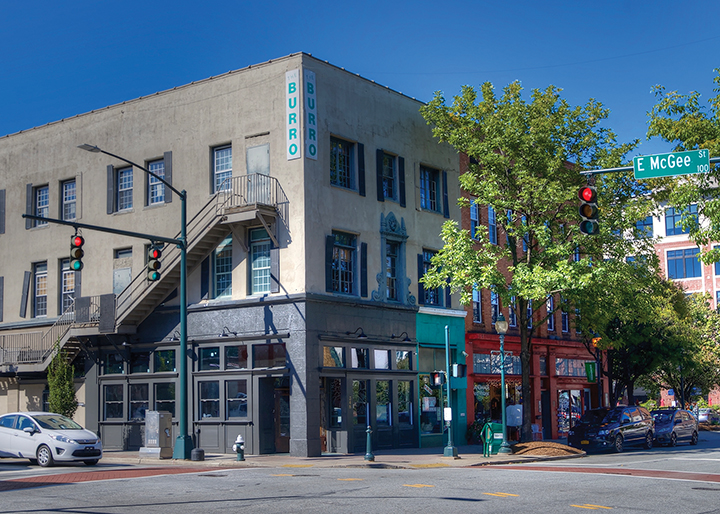 The current occupants of 348 South Elm are not bashful about the rumors related to their building. Well, maybe they were at first. Brewing buddies Jeff Collie and Daniel McCoy stumbled into this story while eagerly hunting for a downtown location in Greensboro’s budding beer district. In Collie’s mind, they needed a spot “with character” to be the brand-new home of the finance guy’s hobby-turned-enterprise. The name? Little Brother Brewing, a tip of the hat to their both being beholden to big sisters. They are also reverent about moments when opening a smaller shop felt like standing on their tiptoes to compete. These two underdogs needed a place with some oomph.

The beer guys were swept away by the building’s charm and location in Greensboro budding beer district at the corner of Elm and McGee long before they heard the whispers. McCoy, too young to have heard all the murmurs, recalls owners Simon and Lynn Ritch mentioning a tidbit about the hotel once located on second and third stories of the building, but he was not certain it was true. The duo toured what, over the years, had hosted many venues — eateries, shops and formerly an expansive 24-room hotel. After being unoccupied for at least a decade, the bedroom walls have been stripped away on the two floors that at one time featured a long hall lined with eight small rooms. Only rumors are left of those rooms, which housed larger-than-life characters like Boots, Sarah and Eileen. Rumor had it that ladies of the night, procurers and their callers made the intersection notorious from 1920 until the early 1960s. The bustling corner of the world known as Hamburger Square received its name because there were once burger and hot dog joints in buildings on most of the four corners that apparently served up spicier dishes.

But Greensboro is known for fanciful folklore. What makes the Hamburger Square Bordello any different from rumors of Civil War treasurers being buried beneath the streets, the LBB team decided as they hired a contractor and a general manager and started the process of transforming the downstairs into a brewery and tap room.

The planning for the grand opening of LBB was going smoothly; the proprietors felt the urge to develop a theme of Craft Your Own Story and while they were in the midst of planning their grand opening and launching their marketing plan, the brothel rumors roared to reality. Mere months before opening everyone was asking about the brothel thanks to encyclopedia and short story writer Ian McDowell who wrote “A Brothel on Elm Street” for Greensboro’s Yes! Weekly. McDowell uncovered a truth stranger than the fiction he writes through provocative testimonies, old family photos, accounts and detailed police records of the hotel’s more nefarious activities. Past inhabitants such as the aforementioned Boots, Sarah and Eileen took over the building before LBB got its marketing off the ground. “It’s one of these cases where one hears an urban legend for years and years. I’ve been familiar with that building for a long time,” says McDowell. “I would walk downtown to Elm back in the ’80s to go to Acme Comics.” Parts of downtown were a little sketchy then and although the hotel was no longer in operation, McDowell still remembers “working women” hanging out of the windows. “And a bartender told me the brothel story as far back as then.”

The building’s history intrigued the writer so he put out a request for information on social media and reconnected with old friend David Gwynn, who just so happens to be the great-grandson of infamous Luther Broadus Coleman, manager of what was once listed in public record as “a house of assignation.” Gwynn, whose mother lived in the hotel with her grandparents, noted that his family was once shy about the story. “We finally got comfortable with calling it the family business.”

Coleman, a procurement specialist of sorts, lost his job at the mill and had to find work during the Depression. “It was a different time,” recalls Gwynn’s aunt who asked if she could go by the alias “Jean.” Jean picks up a couple of photos. Pictured are two seemingly demure girls. Though they worked for Coleman, they also used to read bedtime stories to his daughters. Gwynn’s mother remembered the hotel where she spent her elementary school years so fondly that she created a storyboard with photos she kept in her sewing room. The two even took a trip to see the abandoned building in the early ’80s before Gwynn’s mother became ill. “I knew Boots, Sarah and Eileen but they were just normal women to us. They had rental rooms on the second floor where Grandmother and Granddaddy lived.” Later, Jean learned people would come to the restaurant downstairs, which was Jim’s Lunch, a place Jean recalled being well-known for moist buns. She discovered later it was a place where men ordered all sorts of hot dishes in addition to hamburgers. “The third story had rooms where the girls were taken. I remember strange things happening, but I didn’t know they were ‘ladies of the evening.’”

And while none has connected the photos with the women’s real names, police records indicate several complaints filed against Coleman and the property owners. On September 8, 1940, the salesman du jour was convicted of operating a brothel of sorts and given a suspended sentence and a $25 fine. Although the Colemans have recently stepped forward to share their story, they were not alone in the industry. A little over a year later, the Greensboro Daily News reported a raid of 11 hotels “on the eve of the arrival in the city of 17,000 soldiers.” Jean isn’t sure if her family friends were part of that raid.

Jean didn’t suspect anything out of the ordinary, but Gwynn recalls stories from his mother as a child. “I’m probably the only person I know of who has that family history in my background,” Gwynn, the self-described history junkie, says unabashedly. “I think it gives me some Greensboro street cred.”

The folks at Little Brother Brewing aren’t shying away from the story behind the building although McCoy is a bit uneasy with capitalizing on its notorious history by using the term “brothel.” “It certainly makes for an interesting story, but you have to be careful not to romanticize stories from the past that involve people’s suffering and inequality,” he says.

LBB is hosting a women’s poetry performance this month with Speak Up! NC as one of its first events. General manager Brittany Wilson is one of the event’s organizers and she approached the crew at LBB with the idea shortly after the Yes! Weekly article was published. Proceeds from the evening of music and poetry will be donated to Women AdvaNCe, a statewide nonprofit dedicated to empowering women of all ages. Collie offers, “Although Greensboro has a checkered past, stories like this remind us of how far we’ve come and how much further we need to go.” Meanwhile, the owners of LBB are eager to learn more about the men and women who were a part of the building’s colorful history — drinking in the entire saga — from brothel to brew.  OH

Little Brother Brewing will host Speak Up! at 7 p.m. on November 3. For tickets and information go to womanadvancenc.org. For more information on the brewery: littlebrotherbrew.com. 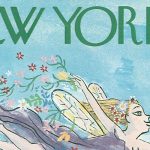 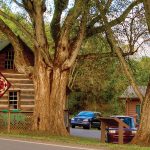