Local writers know there’s a treasure among us. A forthcoming film celebrates the life story of Greensboro’s beloved Fred

One day Chappell might translate an ode by Horace from the classical Latin into English just for fun. In the past, he collaborated with the late George Garrett to create a cult sci-fi movie classic. He wrote a fantasy novel where the protagonist makes a living stealing people’s shadows. Yes, their shadows. He’s written a story based on Swedish botanist Carl Linnaeus, which his former student, writer Marianne Gingher, adapted for a puppet show. He’s received a poetry award shared by some of the most significant American poets of the 20th century. And he’s written poems and stories set in the Appalachian Mountains that break your heart with their beauty and wisdom. 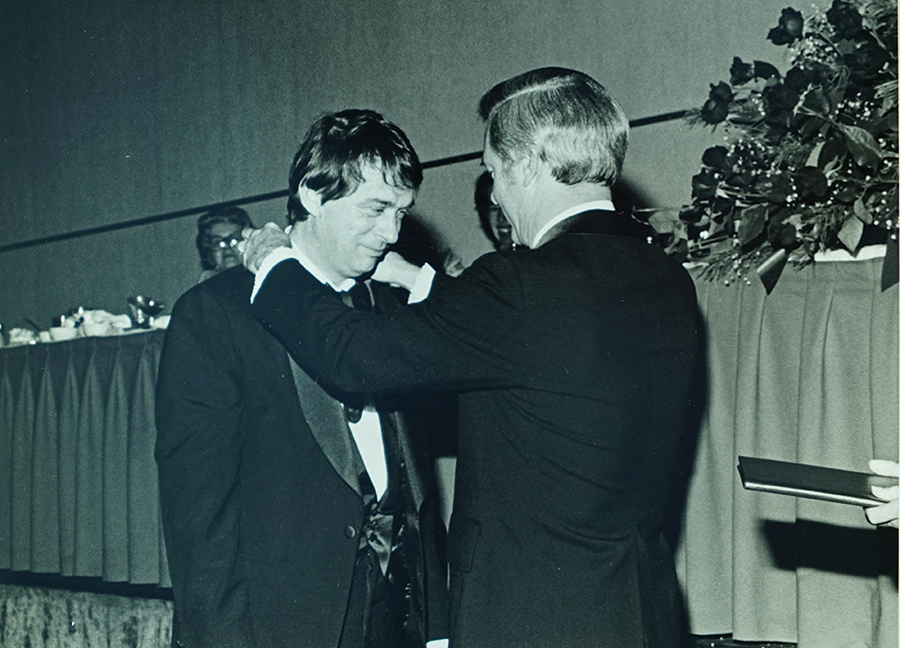 Being a literary type, I call Chappell, telling him I want to write an article. He’s polite and self-deprecating.

“Oh,” he says, “There’s been so much about me. I don’t think people want to hear me drone on and on.”

“You know,” Chappell says, “this fellow, Frierson, is making a film. I think some writers put him up to it.

“They’re just trying to torment me in my old age,” he chuckles, “but it might be interesting.”

UNCG professor of media studies Michael Frierson laughs when I tell him how I was put on his trail.

“Fred’s not into tooting his own horn,” he says.

Frierson’s a local boy who attended Grimsley High School with this magazine’s founding editor, Jim Dodson. While an undergrad philosophy major at UNCG, he took one of the university’s first graduate courses in filmmaking with the late John Jellicorse, who was head of the drama and speech department, and author Anthony Fragola, now a media studies colleague of Frierson’s at UNCG. 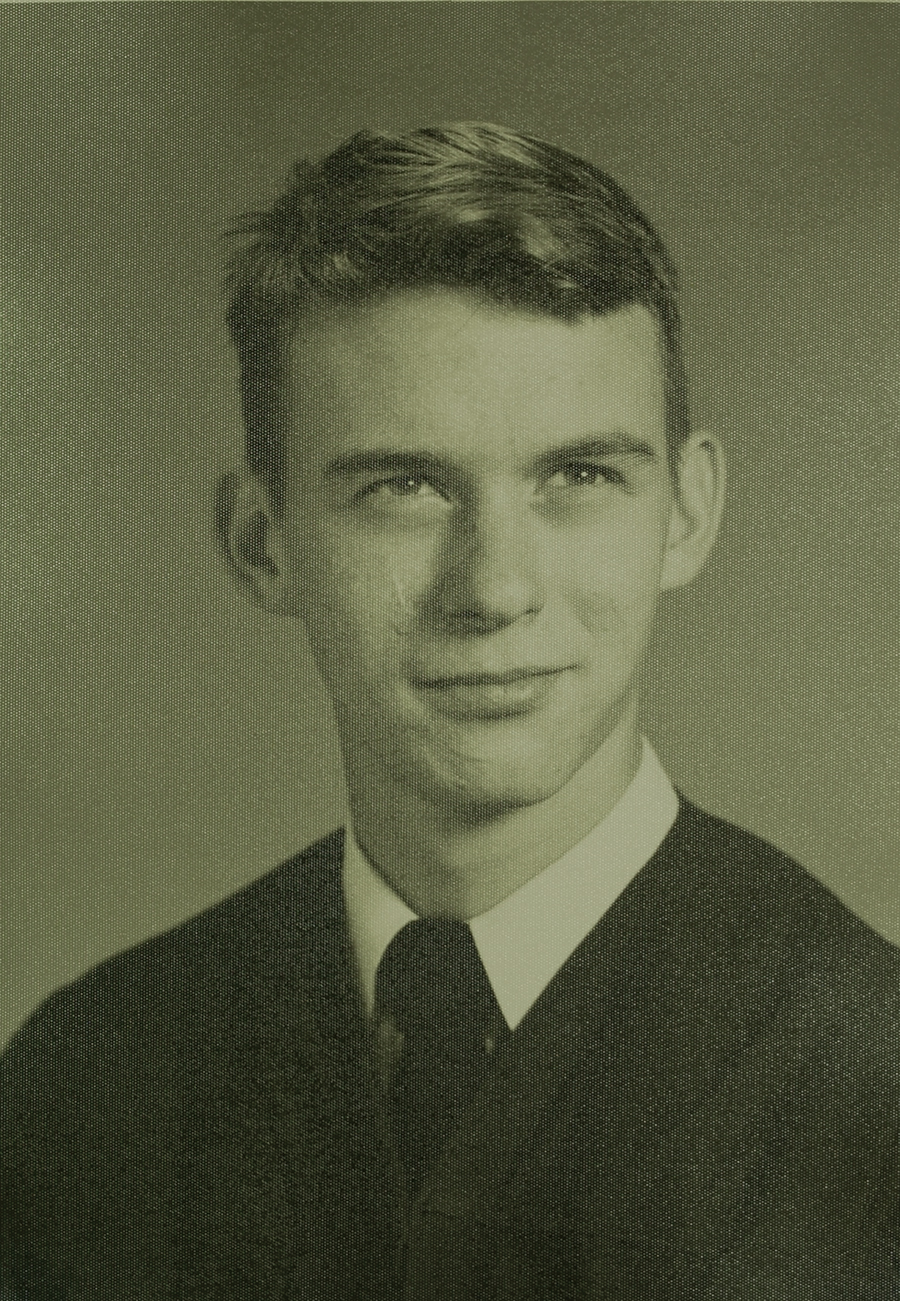 After a six-week stint in law school — “I hated it,” Frierson says — he eventually received a Ph.D. in film at the University of Michigan. He taught at Loyola University in New Orleans for five years before an opportunity at UNCG enabled him to return to Greensboro with his young family to be near his parents.

Frierson — who has written a book about film director Tim Burton —teaches film production, animation and editing, and has produced short films for Nickelodeon, Children’s Television Workshop and MSN Video.

And he’s no stranger to documentary films.

Frierson completed an historical documentary on Charleston, South Carolina, and an hour-long film documentary on New Orleans photographer Clarence John Laughlin, best known for his Surrealist photographs of the American South. Frierson’s most recent film, FBI KKK, is a documentary about his father, Dargan Frierson, an FBI agent in Greensboro, and his relationship with George Dorsett, a chaplain for the United Klans of America, who was an FBI informant during the apex of KKK’s power in North Carolina.

It was Terry Kennedy — director of the M.F.A. writing program at UNCG and editor of The Greensboro Review — who suggested Frierson make a documentary film about Chappell. It may have helped that Kennedy had a little grant money to start up the project.

Regardless, Frierson was sold on the idea, and chipped in grant money from his own department.

“You can make the case that Fred Chappell is likely the most important living writer in the state,” Frierson says.

Additional grant money came from short story writer, novelist and journalist Michael Parker, a native of Siler City who taught at UNCG for 30 years and was about to retire. 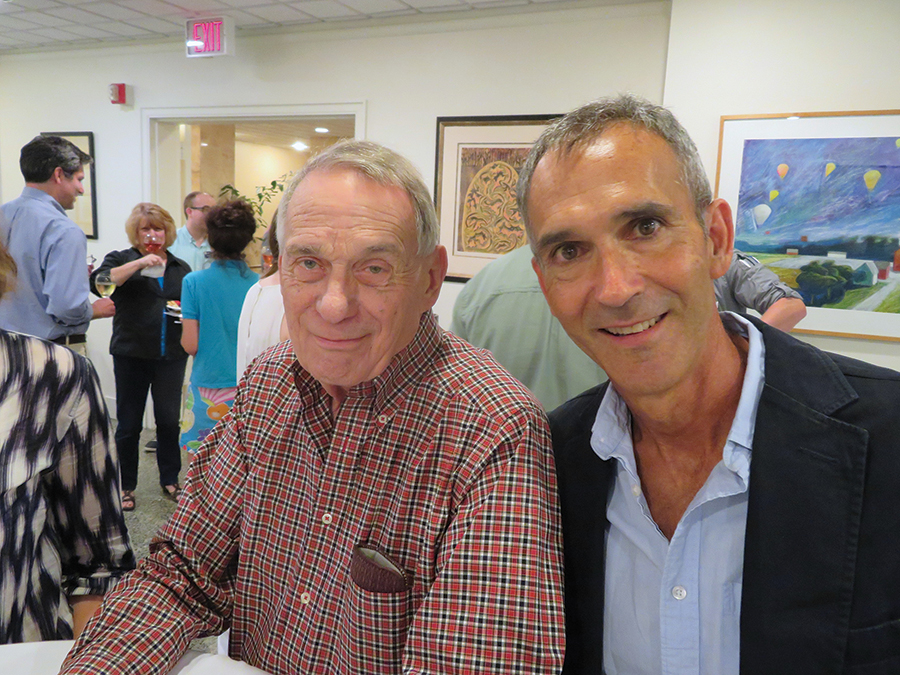 With initial funding in place, Frierson began the project the same way he’d begun work on all his documentaries. He set out to learn everything he could about his subject.

“I had to educate myself about the person,” Frierson says. “I’m from Greensboro, so Fred knew my Dad, and he knew me — but not really.” He explains that he needed to learn the historical context, what happened when, so he “could figure out thematically what’s the most important stuff.”

Frierson brought in public relations professional Ron Miller, who’d written the script for an earlier project. A writer and journalist, Miller was the book page editor at the News & Record for many years. He and Frierson are long-time friends, since their daughters are the same age.

“When Michael said, we ought to do Fred Chappell, I said, yeah, we have a national treasure living here in Greensboro, and hardly anybody knows it,” says Miller.

“Ron really crafted the story part,” Frierson adds. “Initially I’d thought the documentary would just be ‘a day in the life of Fred,’ but he’s a very private person, so you can’t just burst in on him with a camera.”

As research continued and more and more individuals agreed to be interviewed, patterns emerged.

“Most of the people who talk about Fred are in awe of his erudition,” Frierson says.

Chappell’s knowledge of world literature — classic to modern — is encyclopedic. His command of poetic and narrative forms is stunning. And his ability to easily summon that knowledge is uncanny.

Frierson recalls a classroom anecdote where a student had used a literary allusion, but didn’t seem to grasp its significance. When Chappell asked the student why he’d used the quote, he couldn’t answer, so Chappell went to the blackboard and wrote out the entire passage from memory, word for word, explaining its importance.

In an interview with Frierson, author Lee Smith commented on how well-read Fred is, “but you’d never know it if you met him in a bar somewhere.”

Some place Chappell “at the leading edge of the whole Appalachian writers’ movement,” Frierson adds. He explains that Chappell’s novel, I Am One of You Forever, changed the way some writers viewed the use of fantasy in realistic fiction about the region.

Dan Pierce, a professor of history at UNC Asheville, has written books and articles about Appalachia. In his interview with Frierson, he comments on Chappell’s importance.

And there’s Chappell’s decades of teaching.

“Fred taught at UNCG at the M.F.A. program for 40 years, so he had hundreds and hundreds of students who became writers and teachers,” says poet Susan O’Dell Underwood, professor of English and director of the creative writing program at Carson-Newman University. “He’s had a huge influence on so many grateful readers, writers and students,” she adds.

Over the last year and a half, Frierson has videotaped and transcribed more than 50 hours of interviews with 34 individuals — comprising writers, literary critics and historians who have been influenced by Chappell and his work, not to mention Chappell himself, along with his sister, Becky Anderson, founding director of HandMade in America, a community development organization located in Western North Carolina.

And that’s not all. Frierson tells me he’s shot some 16 hours of location video — including drone footage of the mountain farm where Chappell was born and his hometown of Canton, along with a scene at the church where Chappell and Susan, his wife of 62 years, were married. In addition, he’s gathered more than 2,000 historical and family photographs and archival recordings to help illustrate Chappell’s life story.

Once you’ve seen Frierson’s documentary, you’ll know what to make of Fred Chappell.

You’ll know we’re lucky to have him.

To watch the trailer for Fred Chappell: I Am One of You Forever, and to receive updates on the documentary’s release date and screenings, visit www.fredchappellmovie.com

Ross Howell Jr. is a freelance writer in Greensboro. His favorite children’s book? Misty of Chincoteague by Marguerite Henry.

A brave new world: Into the NewAugust 2021