We Believe in Greensboro

Remembering a radio icon of Christmas past

He said slip on anything and come on down. So she slipped on the top stair. — Bob Poole
Like most everyone in Greensboro in the 1960s, my family tuned in weekday mornings to WBIG 1470 AM to listen to Bob Poole, the number one morning radio personality in this city from the time he debuted in 1952 until his death in 1977.
Bob and his glamorous wife Gloria were friends with my parents, and anytime they visited gales of gregarious laughter spontaneously erupted from the living room. The four of them were naturally funny folks. An absolutely brilliant mind, Bob was far funnier off-mic than he was on the air.
One of my fondest memories growing up in Greensboro was having WBIG  – ‘We Believe in Greensboro’ – on the radio Christmas mornings. For as long as I can remember, it served as our commercial-free soundtrack to present opening.
Bob Poole, aka ‘The Duke of Stoneville,’ would be enjoying time with his family while his engineer and sidekick Willie (Dailey) was spinning holiday platters for those of us at home, starting around 5 a.m. until noon: all the hits of the day by Andy Williams, Frank Sinatra, Alvin & the Chipmunks, Bing Crosby, Doris Day, Mitch Miller, Johnny Mathis, Perry Como and Ella Fitzgerald. Many of the classics that you hear every season were just getting their first spins in the sixties.
Every December on his weekday morning program Poole’s Paradise, leading up to the big day, Bob played a medley of different artists performing Jingle Bells, a manic mashup stitched together for his nationwide audience in 1949 when he was heard over the Mutual Broadcasting System.
If you grew up listening to Poole’s Paradise you’ll likely remember this blast from the past…
Click here for more on Bob Poole and his amazing career from the December 2014 issue of O.Henry magazine.
Listen to more Bob Poole radio clips here. Sadly, not a single Poole’s Paradise broadcast exists from his 25-year run in Greensboro.
Eye on GSO2021-12-172021-12-17https://www.ohenrymag.com/wp-content/uploads/2016/05/o.henry-bluespace-01.pngO.Henry Magazinehttps://www.ohenrymag.com/wp-content/uploads/2021/12/poole-family-scaled.jpg200px200px
Recent Posts
Copyright All Rights Reserved © 2021
Contact Us 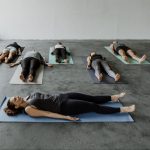