The Art of Civil Discourse

Last year I attended a literary event with some of the best known writers in the country, but as soon as the event began it became clear that the crowd was more interested in seeing emcee Rachel Lewis Hilburn, a woman whose disembodied voice had been speaking to them for years from the studios of WHQR Public Media. She joined the station in 2011, and she was named news director in 2012. A year later she anchored the pilot episode of CoastLine, a show that focuses primarily on local and statewide issues and the people they affect. Over the past six years, Rachel and her guests have discussed issues as diverse as gun control, water quality, film incentives and Thanksgiving recipes. No matter what the topic, Rachel always finds a fascinating angle. I will admit that I once sat in my driveway for 15 minutes and listened as Rachel and a county official discussed recycling. Like her voice, Rachel’s questions are direct and smooth. Her interactions with people are civil and genuine, and she gives her guests an opportunity to tell their stories as well as the expectation that they will be held accountable for the stories they tell.

This is not to say that Rachel does not ask hard questions. I sat for a CoastLine interview when my last novel was released, and at one point Rachel read a quote from a terrible review I had received in a major newspaper. Then she asked, “How do you keep that dagger from staying inside you?” Ouch! No one had ever asked me how I recover from bad reviews, and that question forced me to be honest about the vulnerability of artists. I look back on that hour I spent on-air with Rachel as perhaps the best interview experience I have ever had.

I took an opportunity to ask Rachel a few questions of my own one chilly morning in late January. We met at Clean Juice in downtown Wilmington on the corner of Grace and North Front Street. I ordered the Immunity One, an organic blend of carrots, lemons, oranges, pineapples and turmeric. Rachel ordered the Glow One, a mix of organic apples, cucumbers, kale and spinach. We found seats by the huge windows that look out on Grace Street. While I serve on the board of directors at WHQR and have known Rachel for several years, there was one question I had never asked her. 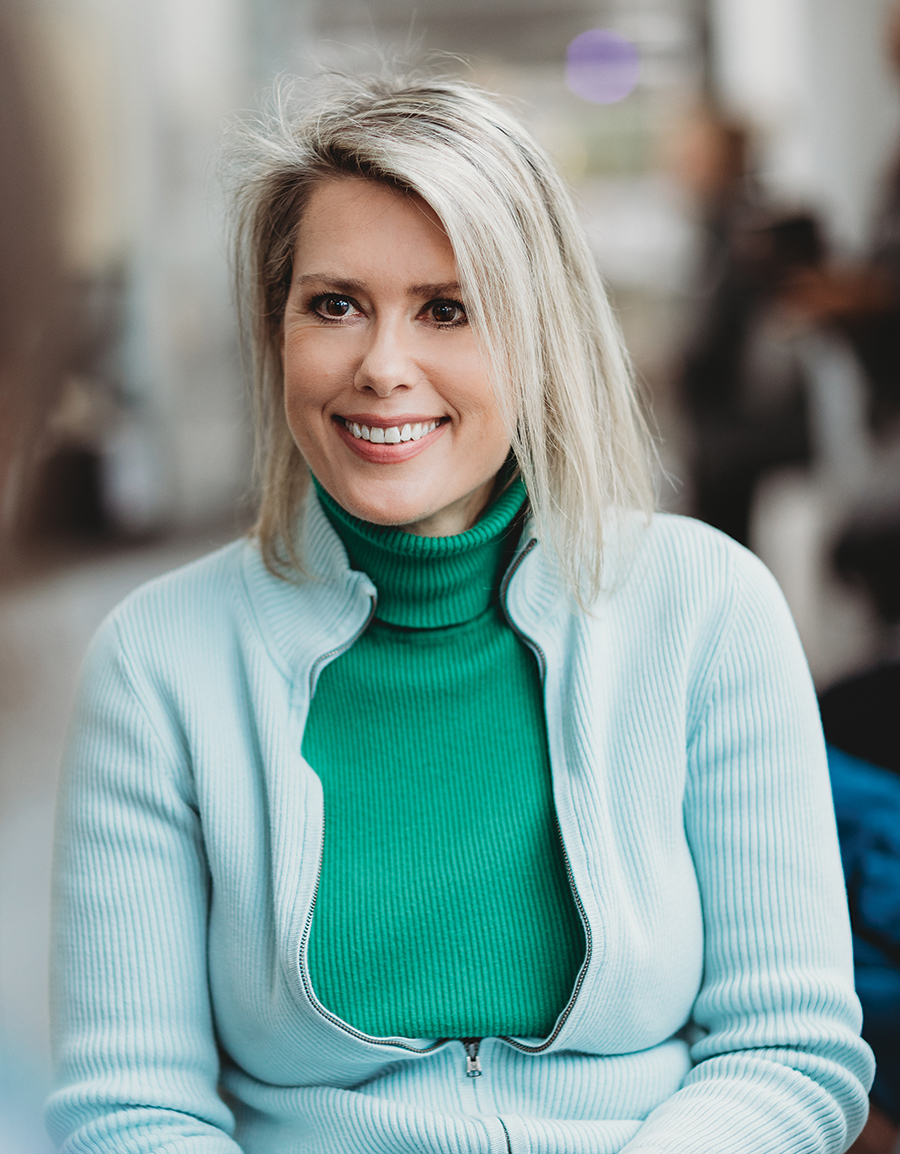 “What was your path to public radio?”

“I started life thinking I would be an actor,” Rachel said. “And I went to the North Carolina School of the Arts, and then I moved to New York and L.A. and did some theater.”

“Yes,” she said. “At one point, when I was in L.A., I decided I wanted to have a steady income and see what other things I could do.” She laughed and took a sip of her juice. “So I became a financial adviser, but only for about two years.”

“How did you get to Wilmington?”

“I knew people in Wilmington, and I loved the East Coast,” she said. “I was tired of the desert in Los Angeles, and I just loved the texture of the weather here. I came to Wilmington and embarked on a process of finding the next version of myself.” During that process Rachel wrote and produced television news broadcasts for WWAY; she wrote and produced a documentary about the 1898 Wilmington race massacre; and she served as the executive director of the homeowners association at Bald Head Island.

When you stack all these jobs together — financial adviser, news writer, producer, documentarian and executive director of a homeowners association — it becomes clear that Rachel has been perfectly prepared for a career in public radio. Over the course of her diverse work history she has managed personalities, produced content, sought facts, and listened closely to people’s concerns and this is exactly what she is doing with an exciting new serialized program called CoastLine: Beneath the Surface.

According to the description on the program’s website, the community members who will participate in Beneath the Surface are “thoughtful and engaged listeners who’ve agreed to be part of a yearlong conversation. They are black and white, youngish and older. Their politics cover the spectrum left, right and center.” 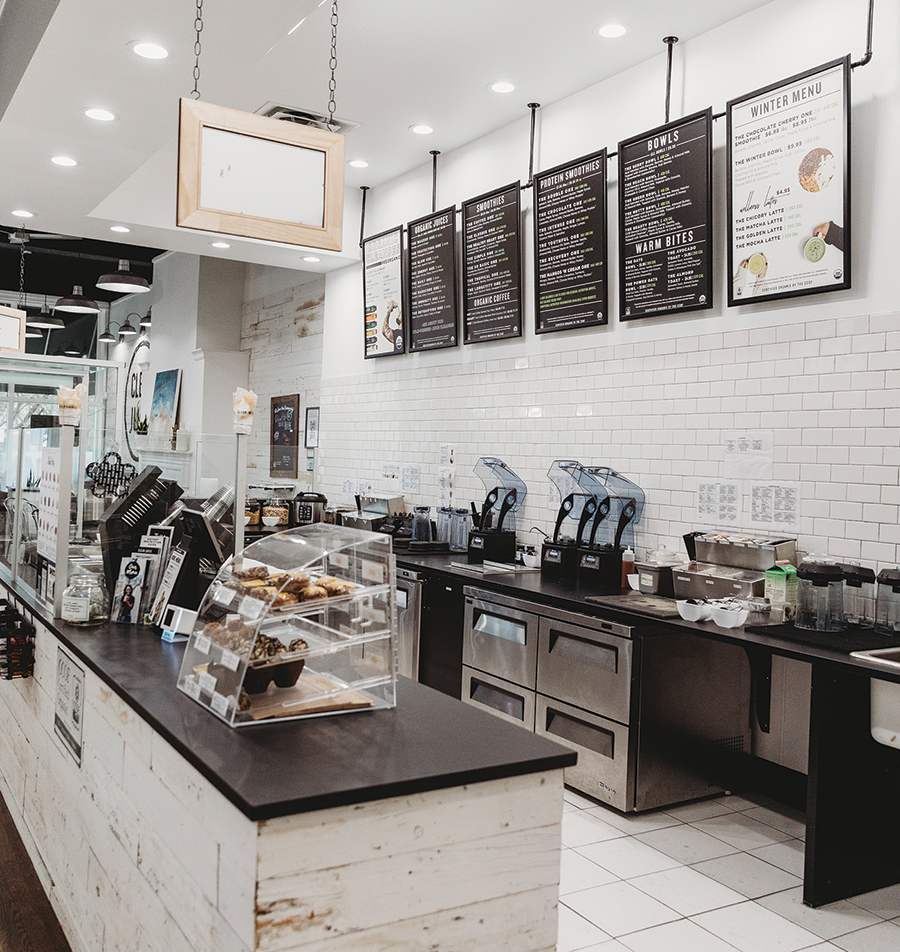 In this politically charged environment, what happens when you put a group of diverse strangers in a room? Rachel has the answer: She assembled the group for a meet and greet a few days before their first on-air discussion.

“I thought I would have to do some goofy icebreaker,” Rachel said. “But no icebreaker was needed. People freely went around the room introducing themselves. They seemed really enthusiastic about being there, and they didn’t want to leave!”

Rachel said that, at least initially, conversations on Beneath the Surface will focus on local issues because she believes that is the place where people who are sitting together in the same room can achieve some level of civil discourse. Hopefully, that civility will trickle up.

“I happen to think the political dynamic, that super division and vitriol on Capitol Hill, and even at the state level, isn’t going to change until regular folks change,” Rachel said. “Public radio can pull back the curtain and introduce you to a situation in its context. It can introduce these whole human beings, and it makes it hard to put them in a box.”

In keeping with Rachel’s history of discussing timely topics and asking hard questions, the first topic broached on Beneath the Surface was the issue of Wilmington’s Confederate monuments. I listened to the show, and I could hear the strain in people’s voices, their discomfort in defending positions that may not be popular. But I could also hear other things: the click of boxes opening as people grew comfortable with one another; the sound of voices speaking calmly while sharing ideas and experiences. These were the sounds of whole human beings coming together and being civil.