In search of Wilmington’s buried and forgotten past 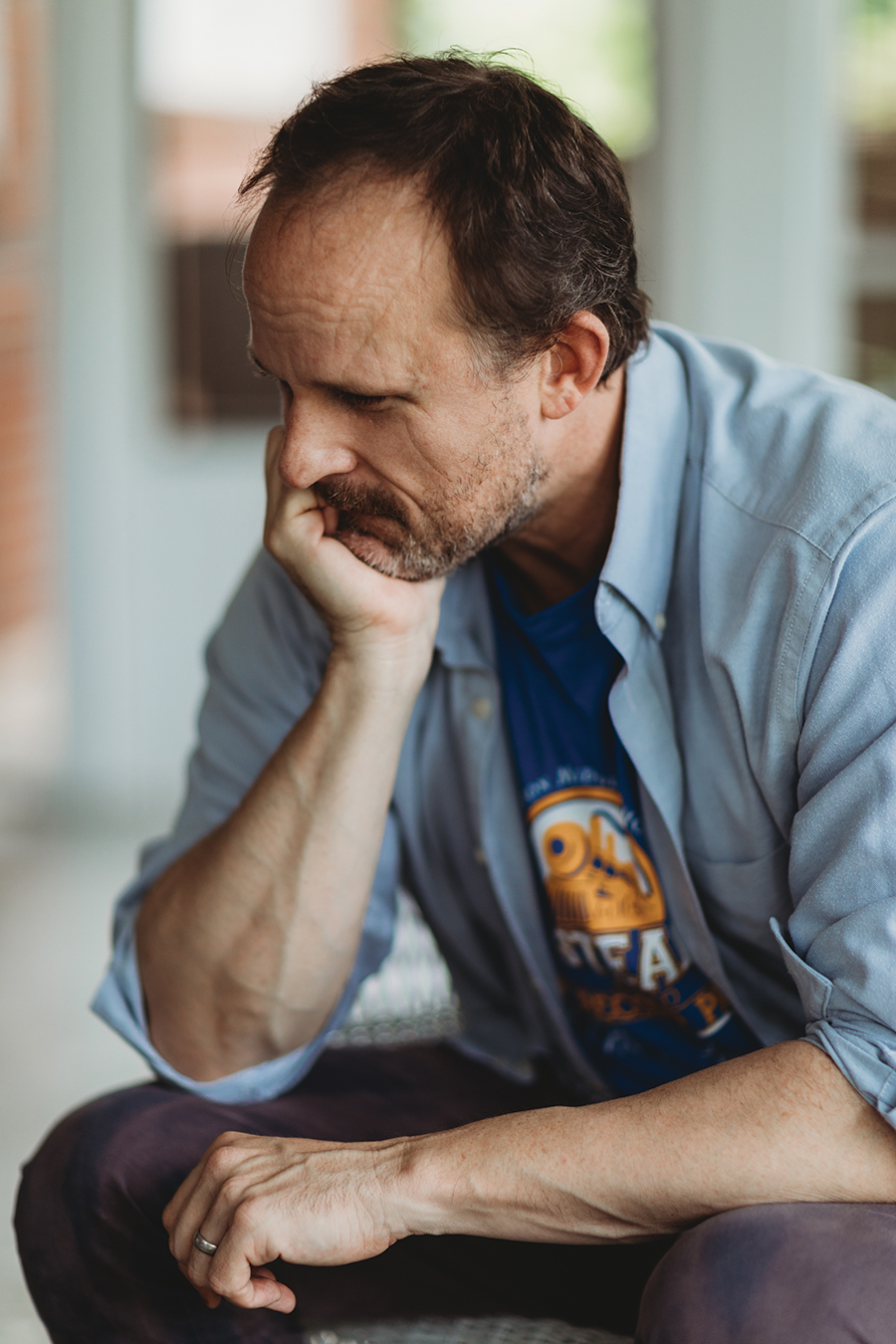 As his 2011 essay collection Pulphead makes clear, John Jeremiah Sullivan possesses the inestimable skill of sifting through American popular culture to separate the bright, shiny things from the timeless ones. The seemingly divergent essays in the collection ricochet between a hilarious yet stirring portrait of the Tea Party movement circa 2009, a deep dive into the origin myths surrounding Guns N’ Roses’ frontman Axl Rose, and meditations on loneliness, identity, and what is perhaps the most American trait of all: our Protean ability to recast ourselves in different renditions throughout our lifetimes. With this in mind, Wilmington, a city that is always revising and reinventing itself, is the perfect place for John Jeremiah Sullivan to live and work.

On Labor Day, John and I spent a few hours on his back porch, and, over a couple of appropriately named Long Weekend IPAs from Kinston’s Mother Earth Brewing, we discussed Wilmington’s frustrating history of not only shedding the past, but also burying it. Of course our conversation began with the most violent and shameful event in the city’s history: the race massacre of 1898, which is, to this day, the only successful coup d’état in American history, and something the city largely ignored for over a century. As John puts it, here in Wilmington “our identity is based on something we can’t talk about.” But John has joined a legacy of writers and thinkers who are willing to research and talk about 1898. From these various investigations and discussions has sprung the Third Person Project, a group of citizens, scholars, students and researchers who are dedicated to scouring the past to uncover Wilmington’s missing and buried moments.

I ask John how the Third Person Project got started. He takes a moment to consider the question, and I imagine his mind cycling back through reams of microfiche and dusty pages of reference books and telephone directories that had been left hidden in basements and tucked away on bookshelves across the city.

“It grew out of the projects that make it up,” he finally says, the first of those projects being The Daily Record project, in which a group of scholars and local eighth-graders searched for editions of The Daily Record, an African-American newspaper that was thought lost to time after white marauders destroyed the printing press in 1898. The group found seven copies of the newspaper, and they scanned them and published them on their website.

“The experience of finding those newspapers and studying them gave us a sense of how thick the wood is here, how much there is to drill,” John says. “Wilmington has an unusual amount of lost history.”

Nowhere is this lost history more apparent than in Wilmington’s African- American life and culture. Take jazz musician Percy Heath, for example. Born in Wilmington in 1923, Heath was a bassist who played alongside icons like Miles Davis and Dizzy Gillespie, and was a member of the iconic Modern Jazz Quartet. While it is popularly believed that Heath grew up in Philadelphia, John informs me that Heath did not permanently leave Wilmington behind after the move north. He would return to Wilmington throughout his young life, a fact either glossed over or altogether absent from jazz history.

“Percy Heath played in the marching band at Williston,” John says, his voice edging toward an exasperated laugh. “And he was the class president! Every rock you turn over in Wilmington has a story like that.”

Another story is that of Charles W. Chesnutt, an author who was born in Cleveland and raised in Fayetteville, North Carolina, and who, by the turn of the 20th century, was the most celebrated African-American writer in the country. His seminal work, The Marrow of Tradition (1901), is probably the best-known fictional portrayal of 1898, even though its portrait of white terrorism effectively ended Chesnutt’s career.

Because Chesnutt spent his adult life in Cleveland, scholars have long wondered why he chose to fictionalize the events of 1898, especially because doing so exposed him to critical peril. It has been assumed that Chesnutt’s childhood in Fayetteville and his ties in eastern North Carolina are what made the events of 1898 so important to him, but John has found a more direct connection: Chesnutt’s uncle was a man named Dallas Chesnutt, who left Fayetteville and settled in Wilmington in 1876. Dallas Chesnutt forged a career as a postal worker, but he also had a second career as a printer. What did he print? It turns out he was the printer of The Daily Record, the newspaper the white mob set out to destroy by burning Dallas Chesnutt’s printing press in 1898. John argues that Charles Chesnutt’s interest in Wilmington’s coup d’état was not simply historical, cultural or political; it was deeply personal.

John points out that the 1898 race massacre was not the beginning of Wilmington’s attempt to unwind the positive changes brought about by Reconstruction. He recently discovered that the Confederate memorial statue in Wilmington’s Oakdale Cemetery is one of the very first, if not the first, Confederate statues in America, erected only a few years after the end of the Civil War.

Considering the milestones in Wilmington’s racial history — the erecting of what could be the nation’s first Confederate monument, the 1898 race massacre, the battles over integration, and the Wilmington Ten — John argues, “If it’s possible to be the anti-conscience of the South, Wilmington is, but we can reverse the polarity of that.” He smiles and looks into his backyard, the weight of what he has just said seeming to settle over him, the clouds that presage Hurricane Dorian not yet on the horizon.

“But that may be the thing I love most about Wilmington,” he says. “People who live here now can take a hand in it. I have a funny feeling that what happens in Wilmington — when it comes to the political destiny of the South and this country’s struggle with racial equality — somehow it matters what we do here.”  OH