The story if the Cones returns

The sisters are back for a visit.

During the first week of this month, the Touring Theatre of North Carolina revives the story of sisters Etta and Claribel Cone and their brothers, including Greensboro textile magnates Moses and Ceasar Cone.

In April, the show played to sold-out audiences for two weeks at another small venue, The Crown at the Carolina Theatre.

“We had a lot of people who couldn’t get in,” says Brenda Schleunes, TTNC founder and author of the show. “We had people sitting with their feet in the playing area.”

Schleunes, who recently retired as TTNC’s executive director but remains as the artistic director, arranged to bring back the production in a slightly bigger space. She wanted more people to appreciate the little-known connection between Cone Mills Corporation, once the world’s biggest denim maker, and the stellar art collection amassed by Etta and Claribel.

“If there had been no business, there would have been no art collection,” says Schleunes. She researched the play by pouring over the sisters’ letters and journals, which are archived at the Baltimore Museum of Art, the recipient of most of the sisters’ treasures after their deaths.

Baltimore was their home. The Cone family owned wholesale grocery and dry goods businesses there. Moses and Ceasar worked as traveling salesmen for their father; they got into textiles after calling on mill stores.

Etta and Claribel, who never married, lived in the same apartment building and often traveled together. Claribel graduated from the Women’s Medical College of Baltimore and taught pathology there. She and Etta became friends with the not-yet-famous writer Gertrude Stein, who also lived in Baltimore and studied medicine at Johns Hopkins for awhile.

Stein later moved to Paris, where she borrowed the Cone sisters’ practice of hosting salons, or gatherings of artists and intellectuals. When the sisters visited Paris around the turn of the 20th century, Stein introduced them to the emerging artists Henri Matisse and Pablo Picasso.

The sisters collected works by the modernist duo and others, including Paul Cezanne, Vincent vanGogh, Pierre-Auguste Renoir and Paul Gauguin.

The money to buy art came from Moses and Ceasar Cone, who managed the sisters’ stock holdings in their company.

“The brothers didn’t criticize the art, but they didn’t ‘get it,’ ” Schleunes says. “But they said, ‘This is their money. They can do what they want.’”

The Cone sisters left most of their 3,000-piece collection, including textiles and jewelry, to the Baltimore Museum of Art. The collection is valued at more than $1 billion.

Because of the influence of Etta and Claribel’s sister-in-law Laura Cone, an alumna of UNCG (then Woman’s College), Etta Cone willed some Matisse prints and bronzes, as well as prints and drawings by Picasso and others, to UNCG. The school’s Weatherspoon Art Museum holds them today as the Claribel and Etta Cone Collection.  —   OH 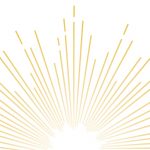 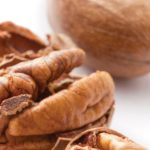