Marco Polo described peonies as “roses the size of cabbages” when he returned to Italy from his sojourn in China in the 13th century. Before Polo’s visit, the flower had been cultivated for centuries by the Chinese for its beauty and for its taste.

“I eat nothing without its sauce,” philosopher Confucius (551 B.C.–479 B.C.) is said to have commented about the peony. “I enjoy it very much, because of its flavor.”

Despite the fact that a quick Internet search yielded a surprisingly tasty-sounding recipe for peony jelly from a Benton Harbor, Michigan, newspaper, the only way peonies make their way to the dining room in my household is in a flower arrangement.

But what arrangements they are!

After frail, wine-colored shoots in spring, peonies give way to clenched balls of blossom amid a profusion of green leaves, the nectar of those balls sweet bliss to the ant world. Heavier, they nod and tenuously open, the most voluptuous of all flowers — pink, red, white, whites limned with pink or red — petal after ruffled petal offering beauty to the light.

When I cut these flowers for my wife, and see the smile on her face as she arranges them in a vase or bowl, I find myself experiencing for a moment what anyone who grows flowers longs for, maybe what anyone at all longs for — pure joy.

In the end, after their beauty has passed and they disintegrate, leaving a clutter of petals on the dining room table after a party, as if someone had tried to bring a touch of elegance to a scene in one of the Hangover movies, I carry them unceremoniously to the trash or compost.

Since I’m a young man no longer, I feel a bit more wistful each time I enact this ritual.

But I grow maudlin.

How about taking part in a celebration of peonies?

Founded in 1903, the American Peony Society notes that the flower first enjoyed public interest primarily as a cut flower in the first half of the 20th century. Since peonies could be harvested in bud and refrigerated without damage for several weeks, they could be shipped by train from cultivating areas to urban markets.

Early APS exhibitions, therefore, were primarily cut flower affairs, and extremely competitive. “In 1936, Harry F. Little brought over three thousand blooms to the show, held in Toronto that year,” the APS writes. “The most coveted award in those days was that for Class No. 1: A collection of 100 blooms made up of not less than 80 different varieties. . . . Modern shows are more relaxed affairs with highest honors going to the one best peony in the show.”

So for a virtual day trip (Marco Polo’s China journey lasted 26 years!), you might want to take in the American Peony Society’s Annual Convention. This year it’s online only on June 20. While most APS events — such as the guided tours of the Sarah P. Duke Gardens in Durham, N.C. State’s JC Raulston Arboretum, and plant hunter Tony Avent’s Plant Delights Nursery and Juniper Level Botanic Garden in Raleigh — are for members only, this virtual presentation provides options for public as well as member participation. Be sure to check the line-up here.

And don’t forget your peonies for Mother’s Day!  OH

Ross Howell Jr.’s novel Forsaken has been named a finalist for the 2016 “Foreword” INDIE Book of the Year in the Historical Adult Fiction category. 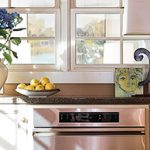 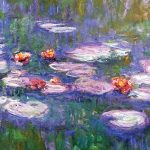