And why I really am my wife’s hero

My wife Mary Leigh’s favorite flower is the tulip. That makes life simple for me, as a husband.

Anniversary or Valentine’s Day, if I show up with a bouquet of tulips, I’m a hero. (Caveat: It’s very important to remember the date before the event.)

For the gardener side of my life, however, tulips are not simple.

No, the bulbs aren’t hard to plant. And while the flowers are beautiful, offering a wide range of colors and shares — sometimes stunning, sometimes subtle — believe me when I say these flowers are tricky. The tulip’s history is long and storied. Cultivated in Persia (now Iran) as early as the 10th century, the tulip derives its name from the Persian word for “turban.”

The delightful tulip is tasty to many North American mammals, including squirrels, chipmunks, voles, rabbits, groundhogs, various breeds of domestic cattle and white-tailed deer. These are just the mammals in my personal experience. No doubt there are more.

Imagine my chagrin after I filled our Olive Street backyard bed with what I announced as “Mary Leigh’s” tulips, only later to discover that neighborhood squirrels had excavated and eaten nearly every bulb.

The next year I tried planting bulbs at the front of our house. Most of these bulbs escaped the squirrels’ delectation. I attribute this good fortune to car and pedestrian traffic, and to the neighbors’ cats across the street, though the cats don’t seem to deter the squirrels’ custom of bringing pecans from the trees across the street to picnic on our front porch steps.

I’m not alone in facing such tulip challenges.

Consider the case of my friend, Devin Lacey.

Devin is a strapping, six-foot-five-inch Appalachian State grad who pours drinks part-time at a Blowing Rock watering hole. He’s also the founder of a successful business called Booze and Bouquets Floral Designs, providing arrangements for businesses and events, as well as selling flowers to individual customers at Boone’s Watauga County Farmers’ Market. Except the booze, of course, Devin grows everything he sells.

That includes tulips. Which prompted an Instagram Story about him eating a bulb for the express purpose, he explained, of understanding why deer found them so palatable.

“They’re crunchy,” Devin opined after chewing and swallowing the whole thing. “Like a water chestnut.” (I don’t recommend you try this at home.)

Devin isn’t surrendering. He’s installed tall fencing, and still happily plants and sells his tulips. In spite of such hardships, I’d recommend tulips to any gardener. Some people stake chicken wire or plastic netting over their bulbs to deter squirrels and chipmunks. As for deer, people try red pepper flakes, fragrant spices, hot sauce, garlic or mothballs. Electric fencing works well. (Personally, I draw the line at bar soap suspended in old panty hose or sprinkling a mix of blood, urine and whatever other disgusting fluids that might confuse the deer.)

There’s nothing quite so thrilling as the sight of tulips blooming on a sunny April day. In front of our house, Mary Leigh and I have some that were first given to us as a wedding present.

Despite squirrels, time and my own pained efforts, the tulips still make her smile, which, to me, is the loveliest sight of all.  OH

Ross Howell Jr. is a freelance writer and geezer gardener. Contact him at ross.howell1@gmail.com.

For a pleasant spring outing, head off to Dewberry Farm in Kernersville, where owners Art and Wendi Johnson offer a magnificent display of more than 100,000 tulips! For modest fees you can walk among the beds, pick your own bouquet and even purchase bulbs for planting. Get in touch with the Johnsons at info@dewberrymanor.com or call (336) 971-4684 for available dates and times. 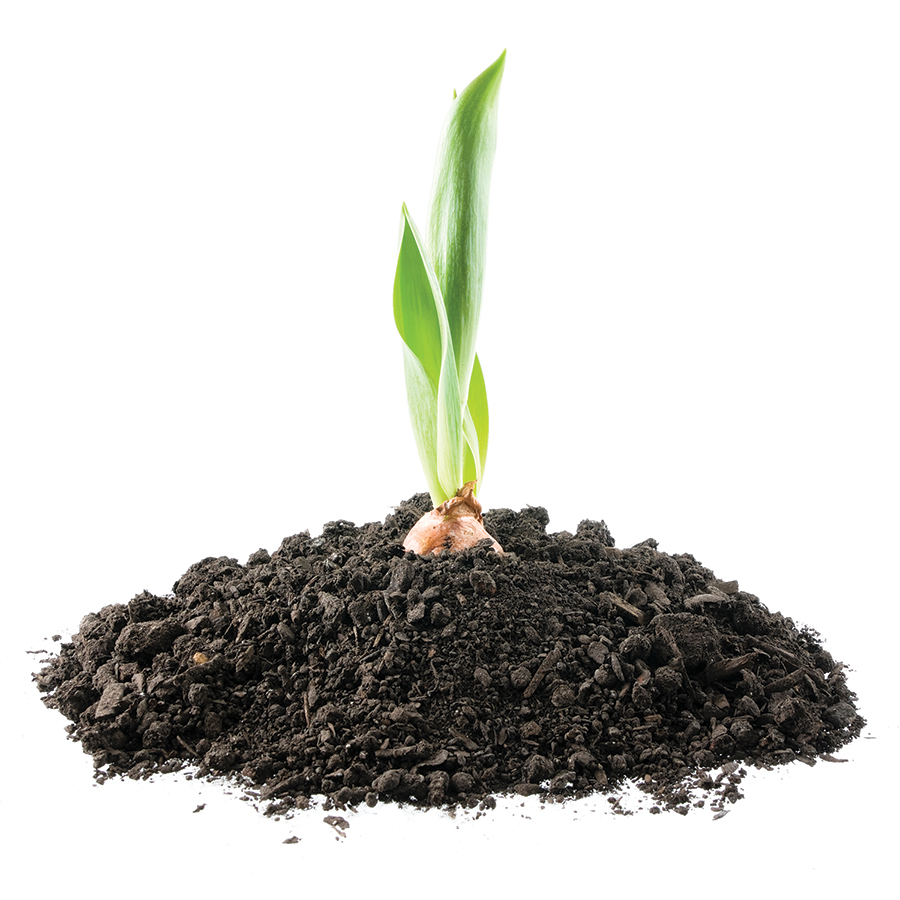