The common raven is appearing more frequently in these parts

Although the raven has, for centuries, been one of the most widely recognized and intriguing birds in the Northern Hemisphere, it is uncommon to see one in Piedmont North Carolina. And in the Sandhills, the common raven is a real rarity — a situation that is likely to change in the not-too-distant future.

By contrast, the raven’s close cousin, the crow, loves calling Piedmont North Carolina home. Distinguishing between ravens and crows is really pretty easy. To begin with, ravens are massive, jet-black birds half again as large as our crows. And unlike the constant and abrasive “cawing” that comes from crows, the raven’s call is a shorter, harsh or gurgling croak that, not surprisingly, carries a long way. It is, in fact, this distinctive vocalization that often gives them away, especially in remote areas.

Ravens also have heavy, serrated bills and long wedge-shaped tails. And while crows can be seen swooping from tree to tree in gangs, ravens seem specifically designed for altitude. Since they typically range across both large forests and open expanses, you will often see them soaring effortlessly high in the sky.

In our state, common ravens breed in the Appalachians and can be found roaming the mountains for miles around. But for several decades now the species has been moving farther east across the foothills, no doubt a range expansion facilitated by human activity. Ravens, as well as their other corvid cousin, are opportunistic feeders. Roadkill is certainly a major and easy source of food — as are landfills, parks and campgrounds. Even pet food bowls and bird feeders attract their attention. Some clever birds have learned that gunshots during hunting season may mean a meal in the not too distant future. And farmers have learned that ravens aren’t reluctant to go after eggs, chicks and even newborn small animals such as lambs.

These birds are exceptionally intelligent and are, arguably, the smartest of all birds found in North America. Not only do they readily figure out where to find their next meal, they will work in pairs to acquire certain types of food. One individual will divert the attention of a nesting adult bird while its mate steals an egg or nestling. Common ravens can be destructive in their search for food, tearing into campers’ tents and other manmade structures, and, in numbers, can foul sensitive equipment. In fact, ravens have a predilection for causing power outages by pulling the insulation off wire and picking electrical insulators. They inevitably become a nuisance if they linger too often or too long around any human habitation, a problem given how long-lived the birds are and that they are also nonmigratory.

It is both a surprise and a treat when I spot one of these impressive birds
in the Piedmont. One conspicuous individual ranges around the
Red Oak Brewery in Whitsett where I’m part of a project to encourage hummingbirds. I have also seen ravens flying high above U.S. Route 1 around Sanford and one sitting on a guardrail along N.C. Highway 54. I would not be surprised if a pair is breeding in the area along the Deep River. At these lower elevations, riverside bluffs resemble the cliff habitats where common ravens usually nest. They make ledges on tall buildings their home as well. Ravens are clearly adaptable and perfectly happy to live alongside us — more and more of them all of the time.  OH 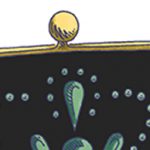 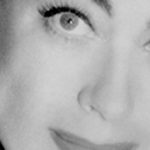