Though still endangered in these parts, our national symbol is on the rise

Anyone who has had the good fortune to spot a bald eagle, whether soaring overhead or perched along a waterway, cannot help but be awed by its noble appearance. And to think: This large raptor, the only eagle found solely in North America, narrowly missed becoming our national symbol. Benjamin Franklin lobbied hard for the wild turkey, the only endemic bird species to the United States, but Congress decided on the bald eagle in 1782, as a result of the bird’s perceived fierce demeanor. In actuality, bald eagles are mainly carrion eaters, although they will attack wounded mammals, birds and aquatic animals, as well. They are very opportunistic and will also snatch prey from crows when given the chance.

During the first half of the 20th century, eagles were erroneously and relentlessly persecuted by raptor hunters, often by ranchers who were attempting to protect their investments. They were also affected by metal toxicity as a result of feeding on game containing lead shot. Additionally, during the period of broad scale DDT application, as most people know, the toxin tended to accumulate in carnivores at the top of the food chain. And, as was the case in several bird species, it caused eggshell thinning to the extent that eagle eggs broke long before they could hatch.

Bald eagles were declared an endangered species in 1967. Following the ban on DDT and the passage of the Endangered Species Act in 1973, their numbers began to rebound. On June 28, 2007 the species was declared recovered. Here in North Carolina they are being closely monitored by state biologists. Although the number of nests and young has been increasing, they are still considered threatened here.

In the Sandhills, there are year-round sightings of individuals, most commonly on our larger lakes such as Lake Surf (Woodlake) or Lake Pinehurst. Farther north they can be frequently spotted around Falls or Jordan Lake in the Triangle. In February of 2012, O.Henry documented the avid eagle-watching activities at Lake Higgins, Brandt and Townsend (issuu.com/ohenrymag/docs/ohenry_february_2012/53) in Greensboro.

In mid-winter birdwatchers and endangered species biologists are on the lookout for eagle nests. Bald eagle pairs return to their breeding territories and lay eggs ahead of most other raptors (the exception being great horned owls that begin breeding activities a bit earlier). Their sizable platforms of dead branches and large sticks may or may not be easy to spot. Eagle nests, if they are reused from year to year, will be gradually enlarged but not massive affairs. But newer nests can be well concealed in the top of a live evergreen or large snag.

Eagle young, who typically fledge in April, take three to four years to mature. They will not successfully attract a mate until they have a fully white head and tail. Should you see an adult early in the New Year, keep an eye out for a second bird. A pair of adults may mean there is a nest somewhere nearby. If you suspect that you have found a nest, definitely give me a holler! OH 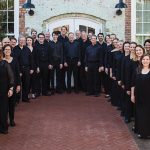 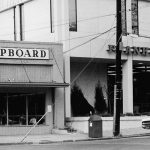