Art of the State 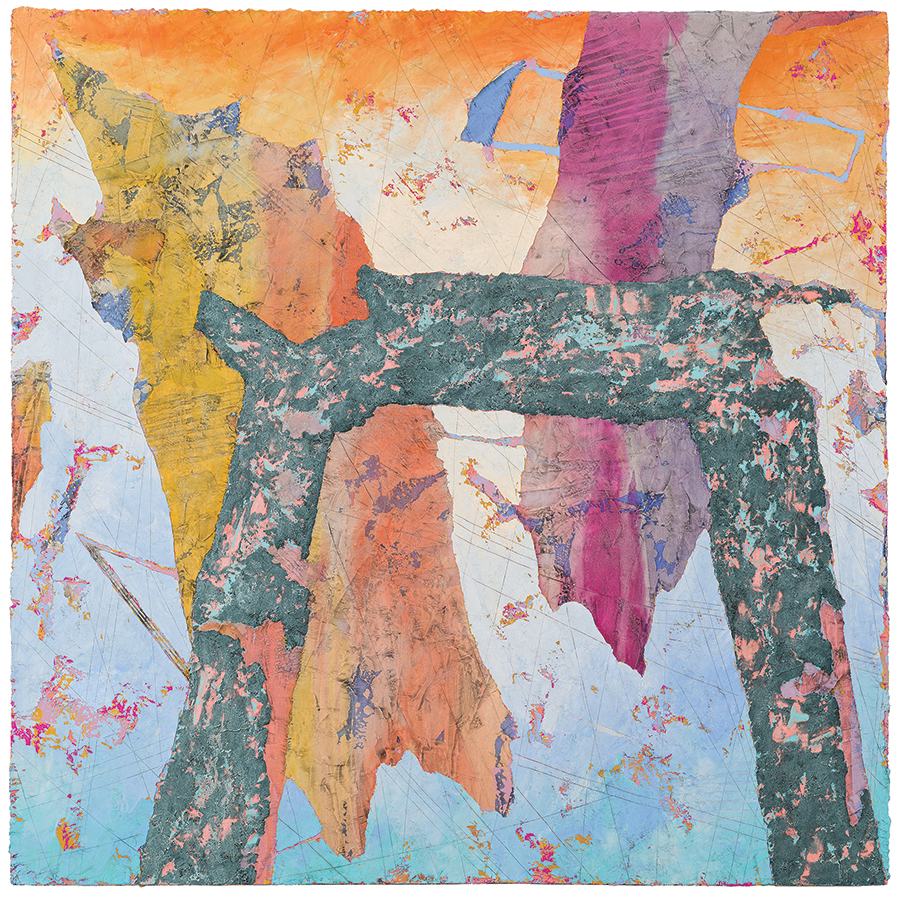 “I don’t want you to know how I work unless I tell you, because I want it to seem spontaneous,” says Herb Jackson. He’s in his Davidson studio, surrounded by the unmistakable works that have made his name; the vibrant, abstract paintings that convey energy and light and appear to have been made with swift, gestural strokes. But in reality, he notes, holding two fingers up in a narrow pinch, “I’m working about that much at a time.”

“The tricky thing is to make it not look like that,” Jackson says. “It’s a little archaeological. There’s a lot of drawing that goes on. I can work for hours on an area, and the next day completely cover it.” These palette-knifed layers accumulate, day by day, sometimes into the triple digits; many he scrapes away or sands with pumice. “If it’s not up to what I want it to be, then I just keep working,” he says. Light and shape and color and texture shift and morph, disappear and re-emerge. About two-thirds of the way through, a painting “will begin to assert itself,” and when they’re finished, “they tell me,” he explains.

Art has been communicating with Jackson since he was a child. He won his first art award when he was still a teenager as part of a juried exhibition at the North Carolina Museum of Art; his work has now been collected by more than 100 museums, including London’s British Museum, has been shown in more than 150 solo exhibitions around the world and has won him North Carolina’s highest civilian honor. After college at Davidson College and an MFA at the University of North Carolina at Chapel Hill, Jackson returned to this college town to teach, eventually serving as chair of the art department at Davidson College for 16 years.

Along the way, Jackson created a prolific and ongoing series he calls Veronica’s Veils, all of the same size (60 by 48 inches) and format. The name refers to the historic Christian relic thought to have received an image of the face of Jesus when Saint Veronica used it to wipe his face at the sixth Station of the Cross. Jackson says these works “have nothing to do with Jesus, but have a lot to do with Veronica and her luck, being at the right place at the right time.” When one of his paintings “comes into being,” Jackson says, “that’s basically my Veronica moment.” 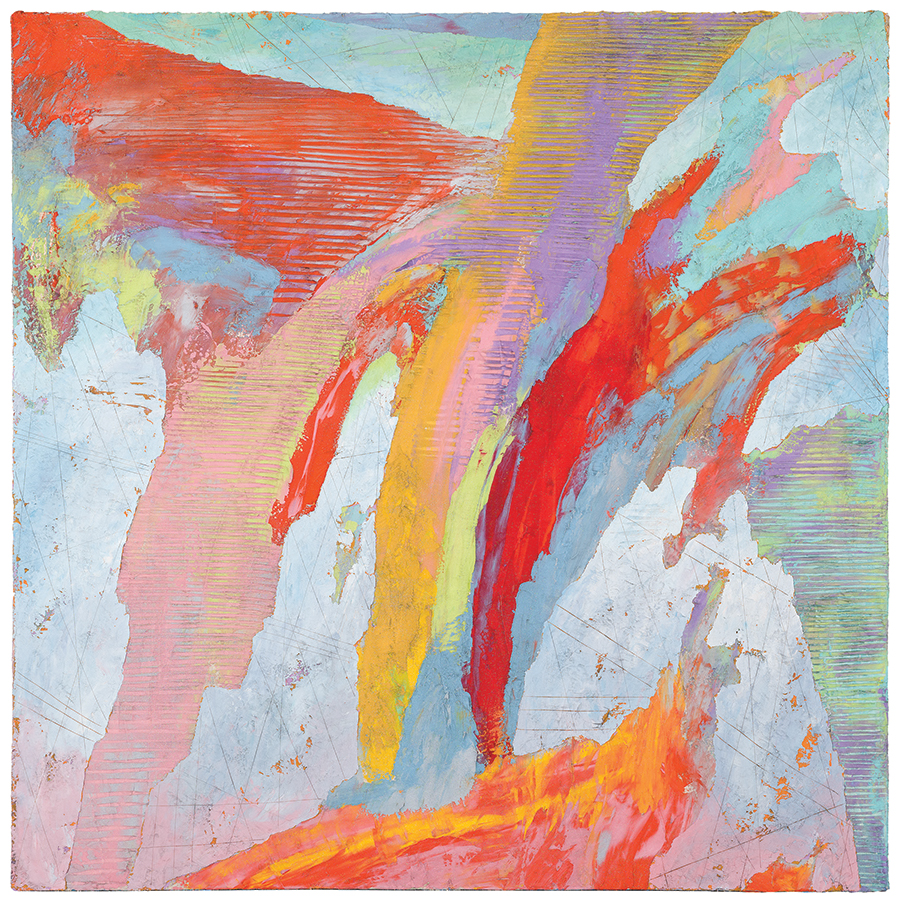 That moment coheres not any particular concept, but the confluence of everything he’s ever experienced, “which is much bigger than any one idea.” All of that can take some wrangling. “Occasionally, they’ll go beyond what I expected as far as challenging me, and I’ll put them up there and stare at them for several days, to just be absolutely sure,” he explains. “Because once I decide you’re finished, then I don’t go back in.” To do so, he says, would violate a painting’s integrity. “There are paintings from 18 years ago where I spot something I would have done differently — but I was a different artist then.”

For the last 50 years, Jackson has had two or three solo exhibitions of his paintings a year, but has recently decided to curtail those to focus on what matters most: painting for its own sake. “Committing to exhibitions became confining,” he says. “I just want to make my work.”

The Raleigh native has been drawing every day since he was a young child and selling paintings since he was 12, time enough to be many different artists. He’s still amazed by the experience and the process: “Where a painting comes from and how it comes together for me is still mystical, and has been for 60 years.” He credits his subconscious, but assumes some of his inspiration must come from art and travel and nature, from exploring the woods and creek and digging in the earth near his childhood home near the old Lassiter Mill. Some also must come, he says, from the pre-Renaissance and Byzantine paintings of the Kress Collection, which formed the foundational basis of the North Carolina Museum of Art in its original downtown home — works he regularly took the bus to go see.

“Those paintings were so formative for me. If there hadn’t been the North Carolina Museum of Art, I don’t know what would have happened to me.”  OH

This is an excerpt from the forthcoming book Art of the State: Celebrating the Art of North Carolina, to be published by UNC Press this fall.