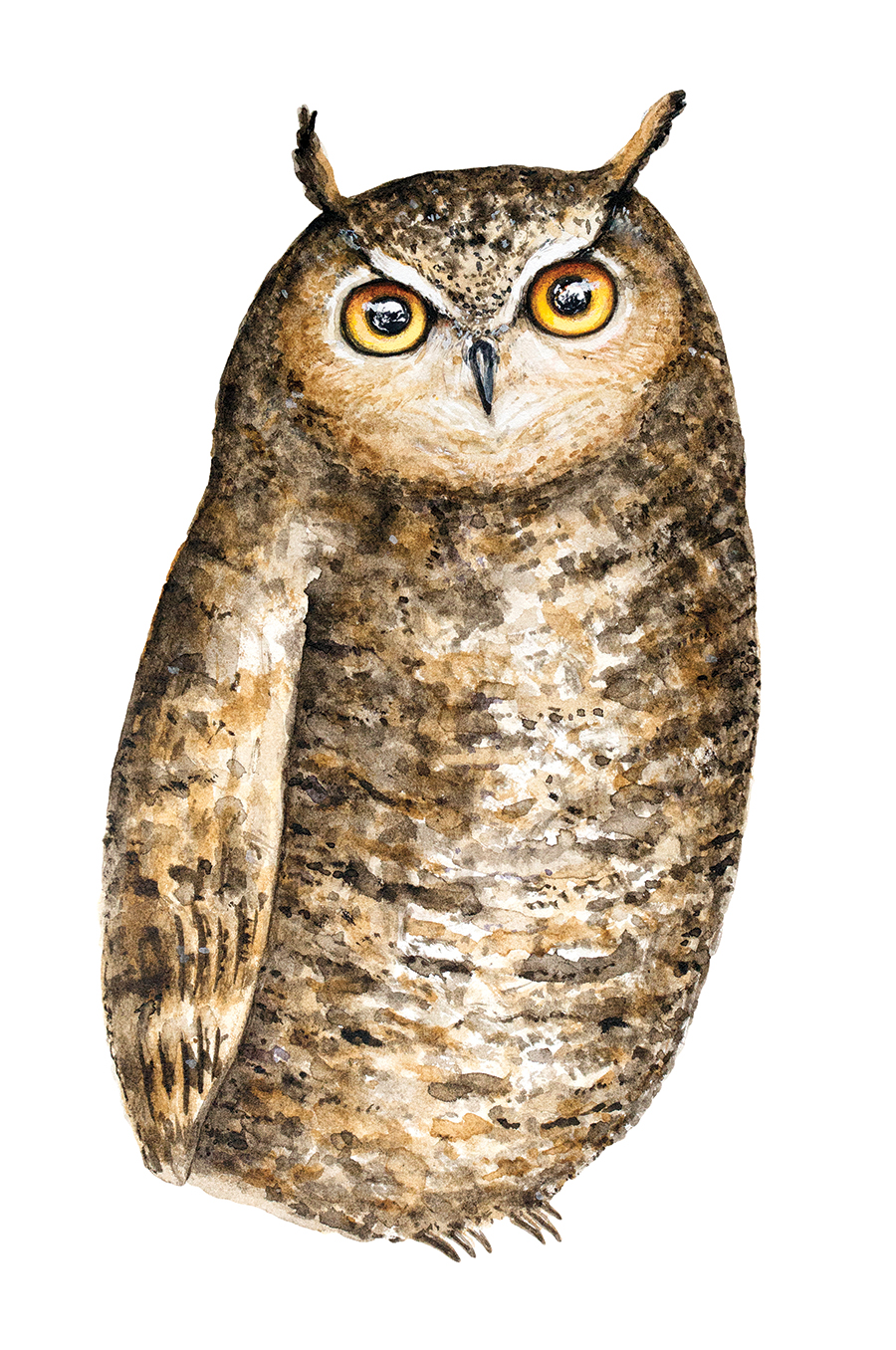 February is the space between the darkest hour and the earliest light. A paper-thin sliver of silver moon. A sensuous world of deep silence.

High in the towering pine, a pair of great horned owls sit with their clutch in the black of night, yellow eyes like ancient, swirling galaxies. In this realm of shadow and mystery — this wintry temple of stillness — they are the wisdom keepers. And they are always listening.

Warm beneath the great horned mother, three white spheres hold tiny, secret worlds. Days from now, the brood will hatch. But in this moment, all is quiet. Until it isn’t.

On the forest floor, movement flickers like a light in the dark. There’s a faint rustling of leaves. The stealthy owl king twists his head until he targets the source, seeing with his ears before his eyes. Hare? Mouse? We’ll never know. Nature holds her secrets close.

Mystery flirts with your mind like wind dancing through metal chimes.

Just before the earliest light, you hear what sounds for all the world like the piercing, primal scream of a banshee. You are half frightened, half delighted, which speaks to your own primal nature. Next, you hear a sequence of yips and yups. A shriek and more yups. Then, silence.

You suspect what you’ve heard is a pair of foxes, but only the owl knows for sure. And in this sacred window between darkness and light — this thin crescent moon of a month — nature holds her secrets close.

When you listen with your soul, you come into rhythm and unity with the music of the universe. 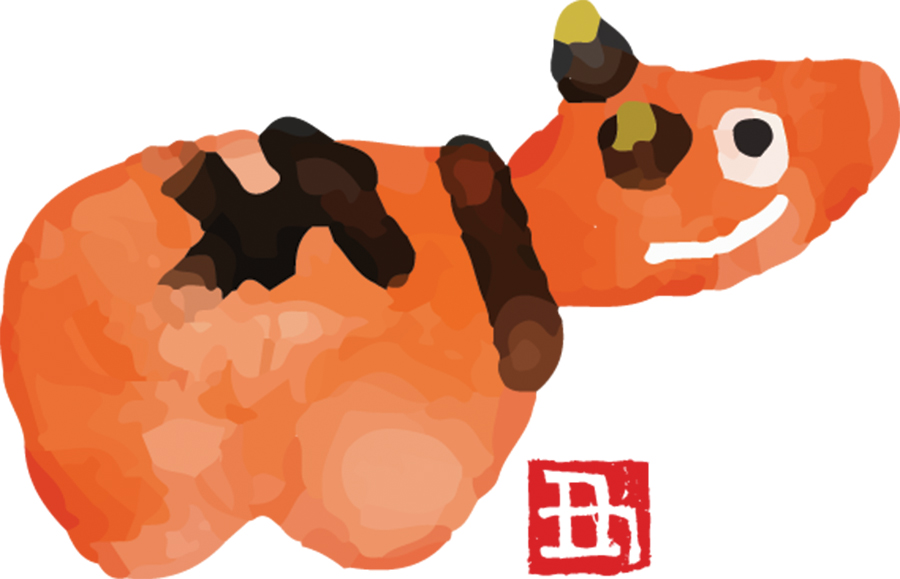 Year of the Ox

Friday, February 12, marks the celebration of the Chinese New Year — day after the new moon. Cue the paper lanterns for the Year of the Ox, a year of hard work and, let’s hope, positive change. According to ancient myth, twelve animals raced to the Jade Emperor’s party to determine which order they would appear in the zodiac. The ox is the second because, well, the rat tricked it. All of this to say, trust your gut — and get ready for a good year in your garden. 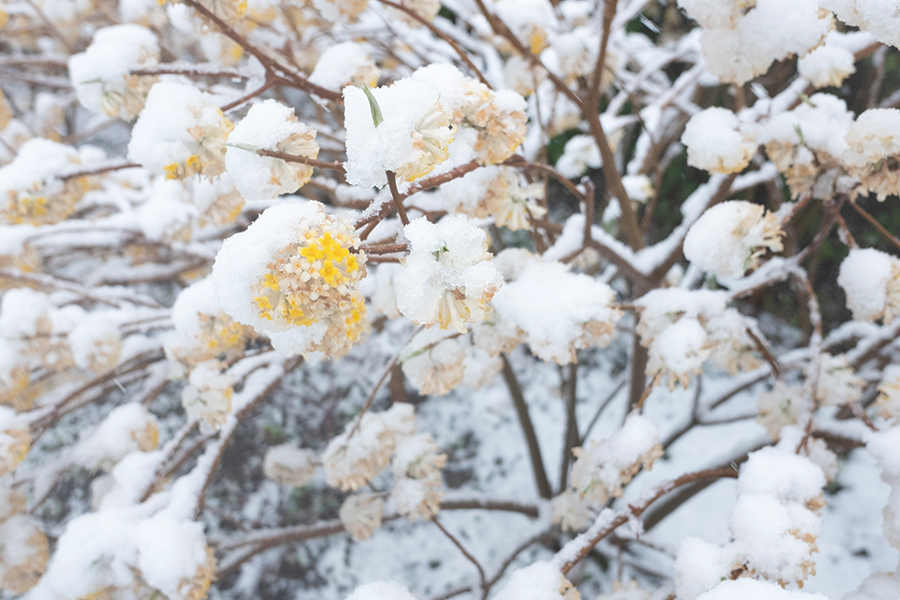 What is that spicy, glorious aroma, you ask? That would be paperbush (Edgeworthia chrysantha), which gets its name from its bark, not its fragrant yellow flowers.

Paperbush is a deciduous shrub that blossoms in late winter. Native to the Himalayas, China and Japan, this winter bloomer prefers moist, rich soil and a shaded landscape. And with its elegant silhouette and bluish, almost silvery foliage, it dazzles all year.

Speaking of bluish . . . let’s talk about violets. Blue violet, purple violet, hooded violet, wood violet, meadow violet, woolly blue violet. Whatever you call it, the birth flower of February is an herbaceous perennial celebrated for carpeting the winter landscape. They’re edible, too. Although the common violet grows wild along our East Coast, there are hundreds of species of violet (genus Viola), first cultivated by the Greeks circa 500 B.C. 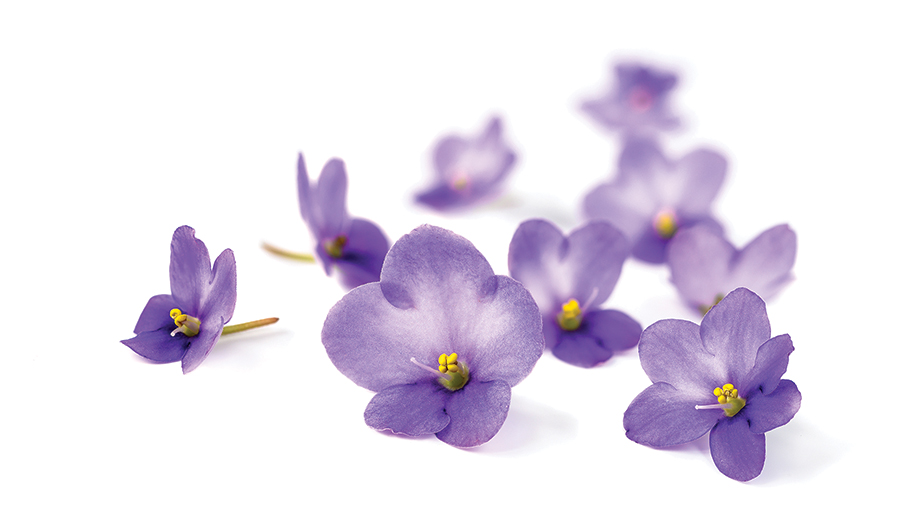 According to Greek myth, hunter-goddess Artemis transformed one of her nymphs into a violet — not, say, a red rose — when the huntress’s twin, Apollo, tried to pursue her. Thus, the violet is said to represent modesty and humility. It’s also been known as the “lesbian flower,” and in 1927, a play called The Captive featured a female character sending violets to another female character. The production stirred the pot, so to speak, with its conspicuous theme of lesbianism and was eventually shut down. But in 1978, the color violet made its way into the rainbow flag for San Francisco’s Gay Freedom Celebration. Violets are for everyone. OH