A brave new world: Into the New

During the pandemic, I became enthralled with The New York Times word game, the Spelling Bee. I’d never been attracted to crossword puzzles, Mensa quizzes or those already-penciled-in Sudoku squares in airline magazines. I’d rather read a book. But there I was at midnight, spending good hours I should have used on my nascent novel, staring at seven letters that must be arranged into words. At least I could excel at finding the pangram — the word that uses all the letters.

What I couldn’t do at all was imagine what my fictional characters Charlotte, Lee and Annsley possibly could be up to in their imagined world, given that a plague was loose in the real world. Their concerns seemed of no concern.

But I was learning dozens of new words such as lambi, boba, libelee, doggo and ricin — words that proved useless outside of boosting me from “amazing” status to “genius.” Ah, genius. What an accomplishment, that is, until the next morning when the new puzzle appeared.

Many friends also had developed obsessive activities. My husband, Ed, seemed always to be mowing the grass, even measuring the height so it remained at 2 inches. My friend Susan tore through several Indian cookbooks, leaving containers of spicy food at our back door constantly, and an Amazon truck pulled up daily at our across-the-street neighbor’s driveway. She was shopping maniacally.

Those of us who were lucky survived that suspended and puzzling and frustrating siege. Remember wiping off grocery bags on the porch? Remember when fashion masks in silk prints appeared? Remember those annoying suggestions to keep a gratitude journal? For decades, we’ll be puzzling through this aftermath of grief, its effects on students, what refusal to believe the virus existed means, the incalculable, staggering losses, the global politics, on and on. Per ora, for now, as the Italians always caution, we are reassessing, realizing that we are lucky to do the things we so took for granted.

Are we in a Brave New World? 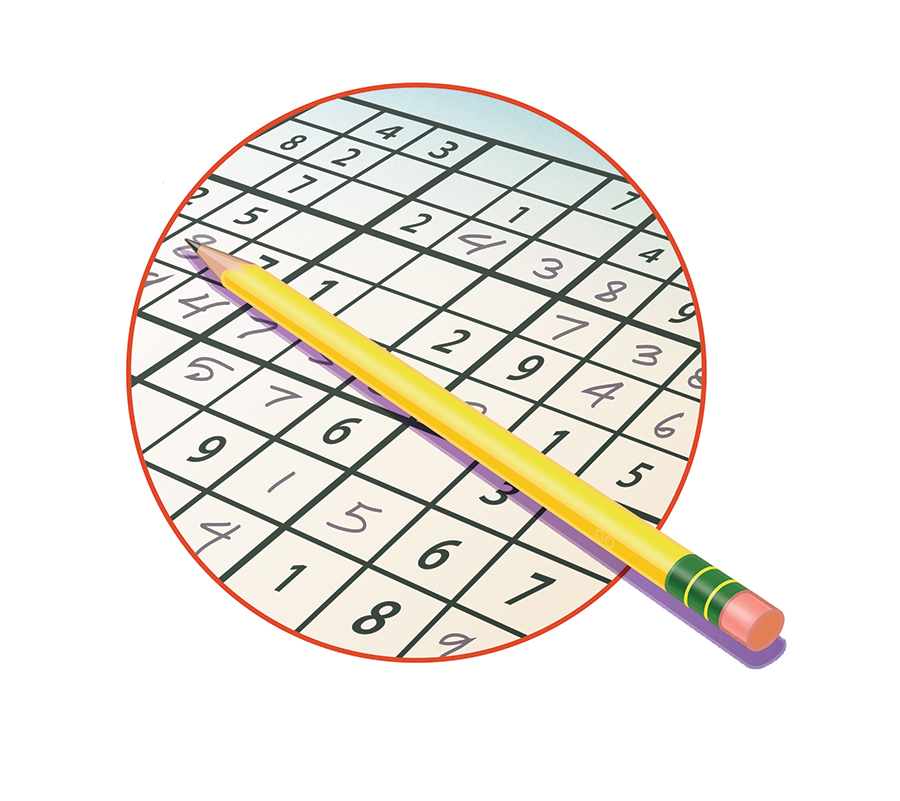 By metabolic nature, I’m a traveler. After having covered a lot of the globe and written many books about place, of course I knew that those journeys play a major part in my life. During confinement, I chafed. I started spending hours researching the history of Cyprus, the accommodations at Machu Picchu, a hike from Bratislava to Prague.

Working on the Spelling Bee one week about eight months into house arrest, I came to an impasse. Instead of forming the usual words, I saw that I was picking the letters for “London,” “Rome,” “Miami,” “Hawaii.” Not allowed, any place names, but my travel gene was taking over. I couldn’t get “bountiful,” “exciting,” “texting” but adamantly typed in “Paris,” “Kenya,” “Greece.”

Travel, it turns out, isn’t just what I like to do, it’s who I am. Did others find such truths?

I pushed my novel to the back of my desk — bye-bye Annsley, Lee, Charlotte — and began writing about home. Where’s home? Why leave home? What happens when you do leave home? Why do memories of various homes come back over and over in dreams? How do you make a home? The pull of this subject, so unlike my novel, took over my days.

I quit pouring that second, third glass of wine with dinner; I exercised; I lost twenty pounds. Despite all the activity, the desire to go, just go, became overwhelming.

Ed and I donned N95 masks and traveled to our home in Italy. I felt like we held our breaths the entire way. We were allowed in because we have residency cards. Everyone greeted us like returning Olympic stars.

We quarantined at our home, then lined up for entering the negozio di frutta e verdura for groceries, enjoyed our friends within the limits of our houses, harvested our olive crop, and, before returning to North Carolina, spent two days in Rome prior to departure.

Rome alone. I walk. All day. At night. Walking the soles off my shoes. In this slowed, surreal scape, here’s Rome washed clean, the city showing its beauty unalloyed. I revisit favorites of mine, even though many are closed — Bramante’s Tempietto on the Janiculum Hill, the Baroque extravaganza Palazzo Colonna, the chalk pastel palazzi on Piazza San Lorenzo in Lucina, kiosks of botanical prints and severe engravings of ruins at the Mercato delle Stampe, Gelateria del Teatro for sublime gelato of lavender and white peach, or cherry, or orange and mascarpone. Who can choose?

At Trevi fountain, Ed and I stand there alone. For the first time in decades, I toss a coin. In Piazza Navona, too, I can hear the musical splash of water from the Four Rivers fountain and walk around the lovely ellipse of the ancient stadium. The great Marcus Aurelius, copy of the second-century bronze rider, atop his prancing horse at Michelangelo’s Piazza del Campidoglio, gains in majesty as he surveys a vacant piazza. Totally real, Rome feels imagined, conjured as one of Italo Calvino’s invisible cities.

Eerie. There’s a lone woman with red fright-wig hair wobbling along the sidewalk with a basket of oranges; the familiar aroma of dark coffee wafting out of a bar, where the barista stands polishing glasses for no customers. The sky is a color a watercolorist might mix, find it too milky pale, and decide to stir in another dollop of cerulean. Trajan’s Column seems to tilt against rushing clouds. The forum appears doubly ancient, columns white as bleached femurs. Church bells send out circles of silver sound. The sculptural pines, the vulgar magenta bougainvillea, the surprise of palms. 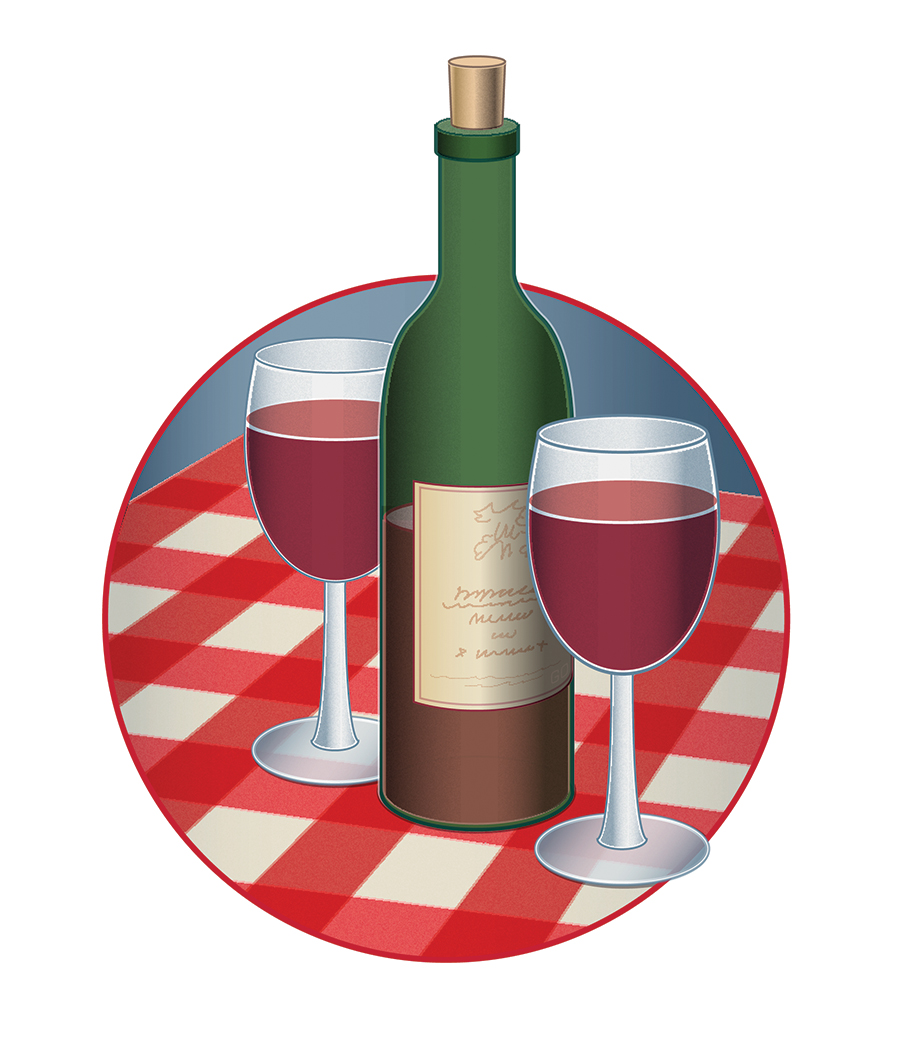 Because Rome was still “yellow,” low-risk but cautious, some restaurants are open for lunch outside. We order both the fried artichokes and the artichokes with tender homemade pasta. We’re talking about whether anything of this Rome can be carried forth into normal times. We remember the day we showed our grandson 18 fountains in one day. We remember that Keats rode a pony around the Piazza di Spagna in his last weeks. We remember an apartment we rented with a roof garden that looked down on a clothesline with flapping giant underpants. The waiter forgets our glasses of wine, apologizes, and brings over a whole bottle. (That’s Rome.) I’m thrilled to see Rome like this: an unforgettable, once in a lifetime experience for this traveler.

I hope never to see Rome like that again.

After a day, I missed the scramble to see what’s on at the Quirinale, new restaurants, friends toasting at wine bars, shopping for shoes, tracking down 10 things on my to-see list. All this amid a chaos of sirens, horns, weaving motorcycles, tsunamis of tourists, overflowing garbage bins, buses spilling out groups from all over the world, silly goofs trying to get in the fountains. Life. People, annoying, glorious people.

Back at home, the bleak holiday season arrived, then in January, hallelujah: the vaccine. A quasi-normal life recommenced.

Am I grateful for this period of solitude, introspection, focus? Not a bit. I’m grateful that no one I love died, that’s it. Let’s not whitewash: the period was relentlessly awful and a flash of panic washes over me when I wonder if it will happen again.

What remains? Is there no silver lining? Yes, the major takeaway: a heightened awareness of carpe diem, seize the day. I love so many people; have I said so enough? All the posts and emails showed friends making their level best of the situation. I saw anew their humor, resourcefulness, brilliance, thoughtfulness and determination. They signed off not with “ciao,” or “xoxo,” but now with “Love you,” “Miss you,” “Always and Forever.”

Don’t forget this, I told myself, when we’re back at Vin Rouge and JuJu, toasting and chatting and exchanging plans, feeling invincible. We are not invincible. The drastic happened. Don’t forget the lively crowds in Istanbul, the subway crush in New York, the swarms reveling in the extreme beauty of Cinque Terre. Living their lives. Keep the table set, keep the antenna alert for friends in need, keep working to know what’s really going on, keep the rosé chilled, write the check to someone running on ideals, say you are dear to me, order the flowers, the Georgia peaches, the book I just read that X might enjoy. Oh, I do this, but now, my effort doubles and cubes.

Brave New World — we know Aldous Huxley’s depressing novel and his title has been used and used, ironically and seriously. Maybe used up. He took the words from Shakespeare’s The Tempest and the whole quote is now somewhat lost. The last half of the sentence is best. Miranda speaks, “O brave new world, that has such people in it.” What mind-bending losses.

Memento vivere, remember to live. We go on now, together. You are dear to me.

I didn’t give up on the daily Spelling Bee but if I can’t be a quick genius, I click over to visit Annsley, Lee and Charlotte. They’ve been waiting a long time to resume their lives. When last seen they were arising from the table after a dinner party, about to make enormous changes. I think they are ready.  OH

Frances Mayes is a novelist, poet and essayist known for work including the New York Times bestseller Under the Tuscan Sun. She and her husband split their time between North Carolina and Italy.

A brave new world: The World is Still the WorldAugust 2021