The two-wheeled designs of David Johnson 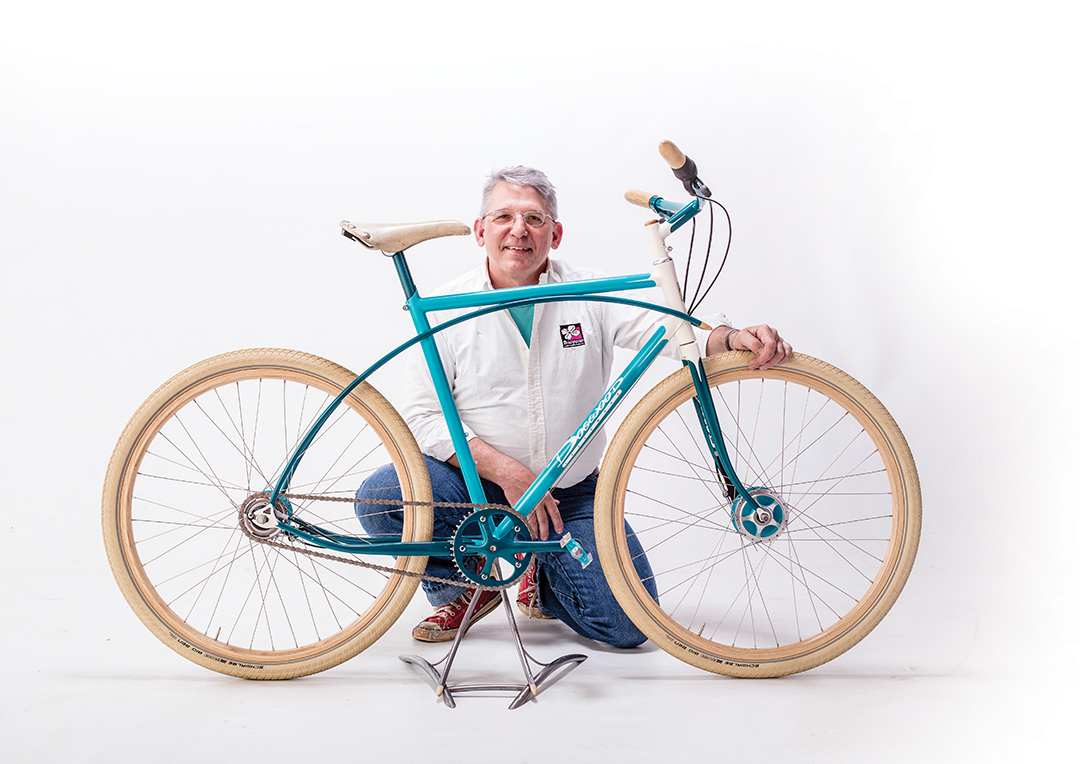 If you go to David Johnson for a custom bicycle, you might feel as if you’re getting a tailor-made suit.

He’ll stretch a tape measure down your arms, your torso, and your legs, noting your inseam and the length of your thighs.

Then he’ll get more cycle-centric. He’ll test your flexibility — that is, your ability to reach the handlebars — and pepper you with questions.

How are you going to use the bike? For racing? Weekend road riding? Touring with packs? Trail busting? Commuting?

How many speeds do you need?

What kind of brakes?

“I have a soft spot for the 1950s colors — creamy whites, pastels like sea foam green, soft pinks and, in the same breath, bright intense reds, 1957 Buick Roadmaster red,” says Johnson, a welder who trained his torch on a different mode of transportation five years ago when a local airplane maintenance company began shedding jobs, including his.

Johnson, now 51, had been looking for a way to combine his artistic eye, his mechanical skills and his boyhood love of bikes: “I said, ‘Screw it. I’ve been putting this off for years.’”

He raked up his savings and started a Greensboro-based business called Serif, which he changed to Dogwood Cycleworx two years ago.

To date, Johnson has designed and built about 25 bicycles. Some clients have hard-to-fit bodies. Some want hard-to-find features. And some just crave the cachet of a custom bike.

Brian Bilich, formerly of Greensboro, owns two Johnson-built machines: one for roads, one for trails. The average-size Bilich can, and does, ride off-the-rack bikes. But he also wanted to support a local craftsman who happens to be a friend, and he wanted a bike that was unique.

“Riding a custom-made bike is more of an emotionally satisfying experience, having something that no one else has,” says the 38-year-old Bilich, a special education teacher who lives in Asheville now.

His mountain bike is painted pink and covered with silhouettes of black luna moths. His road bike is white, decorated with images of honeycomb and bees. The designs mimic the tattoo sleeves that cover both of his arms.

“I have an appreciation for the creepy crawlers,” Bilich says. “It’s about expressing yourself.”

Johnson makes all of his creations from steel alloy tubes and other parts that he orders from the United States, Germany, England and Italy. Against a background of country music, he spends about 80 hours building each machine in his garage workshop and paint booth. He incorporates flourishes as his customers’ tastes and budgets allow. Most of his finished bikes cost $4,000 to $6,000, less for frames only. If that sounds like a wad, consider that high-end, factory-built bikes can range from $3,000 to $9,000.

One of Johnson’s prototypes, which he calls Marilyn in memory of curvaceous Marilyn Monroe, shows what he can do differently.

Marilyn is a sexy blue retro cruiser. She sports a three-tone paint job and cantilevered seat stays that arch upward from the rear hub, peak under the top tube (the ouch-y tube to quick-stopping laymen), and come to rest at the head tube, just beneath the handlebars. The dual curves end in pointed tips made from an old ash baseball bat.

Marilyn’s wheel rims and bullet-shaped handlebar grips are made
of ash, too.

Her cream leather saddle is trimmed in conchos, coin-like ornaments that are more common to motorcycle seats.

Will Johnson take her for a spin? Alas, no. She’s only for show.

“I don’t have a bike of my own,” Johnson says. “ The cobbler’s children have no shoes.”  OH

Maria Johnson, no kin to David Johnson, is a contributing editor of O.Henry. She can be reached at ohenrymaria@gmail.com. See more images of David Johnson’s work at dogwoodcycleworx.com 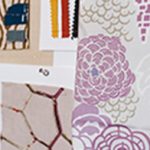 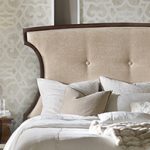